Hello old players of ROBLOX, WoodReviewer here. Today I am taking a look at an older place in ROBLOX’s history, Home Tycoon by Nightcaller. It is a fairly rare place, one that falls into the category of being an older tycoon on ROBLOX that still works while also having wood grain. Many of the classic games no longer work or have been removed by players. While I know many people look down at these games as being inferior to current games, I believe there is a certain charm to them. Many of them abuse older dev tricks that aren’t used much anymore, such as using transparency/reflectance, to create more part colors from what use to be a fairly restrictive colour palate. In addition, due to brick limits many lacked proper ground, often resulting in random floating islands of places, and decal limitations meant you could count the pixels in the skybox. And due to CSG not existing and the lack of ROBLOX hats, with only a couple hundred rather than thousands, people had to get creative with how they made things, such as using an upside down beanie cap to make a toilet. 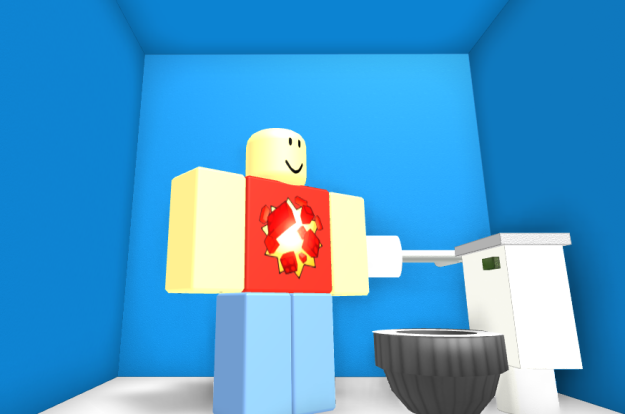 I’m not saying these games are good, they just had a certain charm most newer games lack. This, combined with simpler building that causes fewer gaps in C-Framed building, fewer ugly GUIs, and less meshes that cause games to go into uncanny valley just gave them a weird feel compared to modern games. Also, most modern ROBLOX games lack a secret sandbox teleport that lets you skydive from the moon because America.

But all that nostalgia is besides the point and totally not useless rambling to fill up space since this review is shorter than normal. As mentioned, the game still have wood grain and that must be reviewed. Starting out with the basics, the fence and fence post around your house. The post is obviously bad, with horizontal wood grain instead of the proper vertical grain. And for the fence, the top face of the fence should go side-to-side between the posts, not front to back. 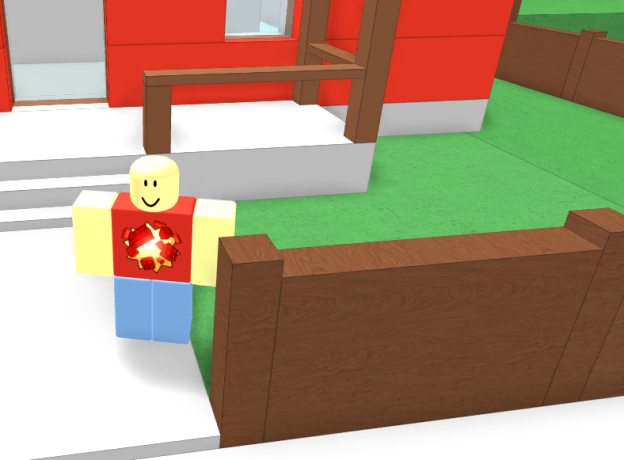 In the back of the house, the issues with the fence remain, although the fence is slightly taller. In addition, the back of the house has some bad wood grain on some table legs, although the chairs are correct. Granted, the chairs aren’t wood, they are still correct. 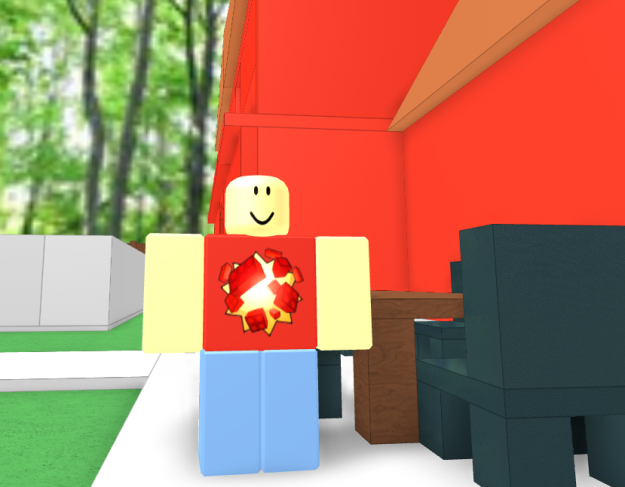 That was most of the house. The next area of bad wood grain was the little playground area that were included because.  Much like the table, the supports for these platforms had bad wood grain, as the grain should be vertical. Same for the random ninja logs that little kids like to fall off. 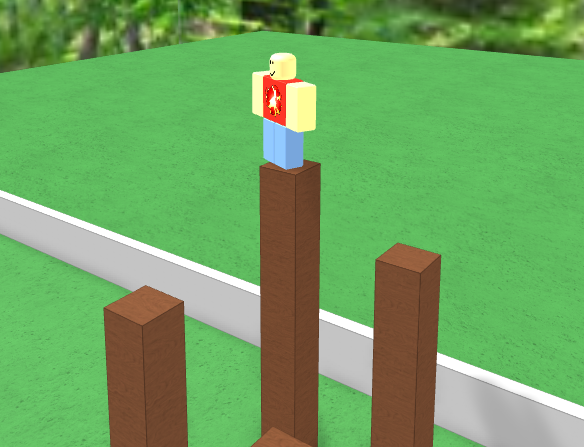 The last bit of bad wood grain was within the magical sandbox that teleports you to the moon. Like the fence, the side faces are correct, but the top face needs go follow the same direction.

Overall, the wood grain was terrible. But hey, what exactly do you expect from a 2009 tycoon that is only sill functioning because of bubble gum and duct tape? It is not like it is some masterpiece made by a builder in EBR or anything, although it it was, I can guarantee the wood grain would be just as bad.