Hello experienced model makers of ROBLOX, WoodReviewer here. Today I am once again taking a look at the vast collection of models that ROBLOX promotes to new users as an example of what proper building on ROBLOX looks like and to tell the people who made said models how bad they are and how their models suck. The theme for the models today is seating, as in take a seat and look at how bad the wood grain is on these chairs and benches.

END_OF_DOCUMENT_TOKEN_TO_BE_REPLACED

Note: I am aware that TreeHouse Tycoon got updated to Beta and was renamed to TreeLands, but my screenshots for this review were taken the day the Beta went live and was suppose to be up last week. However, due to the switch update to Beta my tree house was “reset”, although I have most of the parts I need to rebuild it and buy some new features. I have played some of the Beta, and while things have changed the wood grain is still the same; the parts either stayed the same, were replaced, or remade, and even the parts that were remade were remade with similar issues with wood grain. Depending on how long the Beta lasts it may get a review, or I may do a review on release. Either way, the issues with wood grain in the Alpha have not been addressed and need to be fixed either way.

Hello delayed reactionists, WoodReviewer here, today I am taking a look at the game formerally known at TreeHouse Tycoon by Fissy Games. Now if you didn’t read the paragraph above, this is a bit delayed and the game has been updated, but the wood grain is still so bad that I don’t feel sorry that I am advertising a slightly older version of the game. Just look at the starting ladder, for example.

END_OF_DOCUMENT_TOKEN_TO_BE_REPLACED

Hello uncivilized brutes, WoodReviewer here, today I’m heading back home to Indiana to visit the home of ninjas, pagodas, and dojos in Ninja Training Dojo by Nefix. This place is a bit older, but back in the day it was the pinnacle of a showcase that was a game; all other games were either showcases with no interactivity or games with low detail buildings. So lets see how the best wood grain of the pass compares to the “best” wood grain of today.

END_OF_DOCUMENT_TOKEN_TO_BE_REPLACED 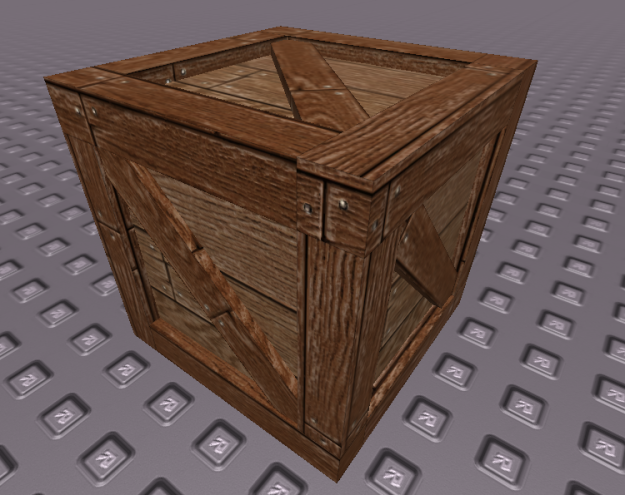 END_OF_DOCUMENT_TOKEN_TO_BE_REPLACED

Hello builders, WoodReviewer here. Today is a special post; I am not looking at wood grain, nor fixing a place. So, what am I doing? You see, HolidayPwner was having trouble on Twitter getting trim to go around a corner. I know how to fix it, but couldn’t explain it in a Tweet. Luckily, I have this blog to post long-form content on, so here is my long form post on how to get trim to go around corners. If you want to do this, you will need one thing: Some building plugin that is capable of resizing by the center of a brick, and rotating a brick along its edge. CmdUtl and all derivatives should do this, along with most alternatives, so just take your pick. 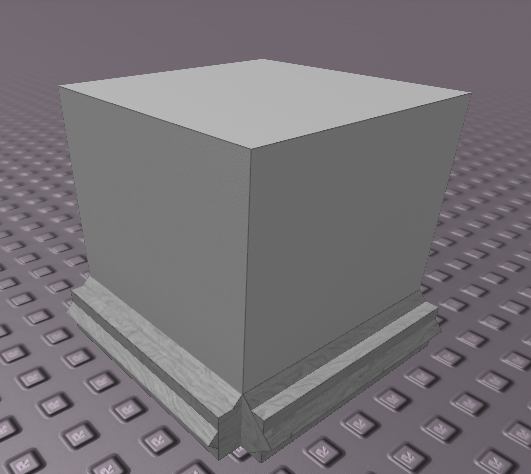 END_OF_DOCUMENT_TOKEN_TO_BE_REPLACED

Hello fashion designers of ROBLOX, WoodReviewer here. Today I am taking a look at a unique place as far as my reviews go; Design It! by teamkilled. The review is unique for a few reasons. First, the place is fairly small and does’t have any rotating maps or locations, so there simply isn’t much to review. Second, I know nothing about fashion on ROBLOX, if you can’t tell by my avatar, so the game was odd for me to play. So lets move on to the actual wood reviewing. 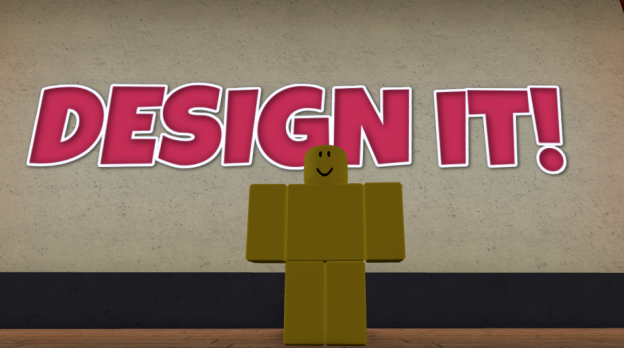 END_OF_DOCUMENT_TOKEN_TO_BE_REPLACED

Hello cunning killers of ROBLOX, WoodReviewer here, today it is time for a very special game: Murder Mystery 2 by Nikilis. Somehow, this is only the second time I’ve covered a Murder/GMod game on ROBLOX, with the first being Mad Murderer almost 6 months ago, despite the fact there are litterally dozens of them. Now I have nothing against GMod clones on ROBLOX; that is not the reason I am not covering them. The reason that I haven’t  is that it is surprisingly hard to get good screenshots; the combination of the fairly large map pool and short round length can make it difficult to take, or in some cases retake, screenshots. For example, Twisted Paintball has 10 minute rounds and four maps, so you have time to look around a learn a map during a round and then plenty of time to take the appropriate screenshots during the next round. And you can be fairly sure in three or four rounds the map you want to look at will be back in the rotation.For Murder games it is harder because each round lasts 100 seconds, and the round can easily end in 15-40 seconds. That can mean it can take four or five rounds to learn a map to know where most of the bad wood grain is. In addition, the amount of maps and voting system mean you can not get a map you want for 15-20 rounds in a row, and when you do, the sheriff kills the murderer instantly before you can take screenshots.

But I digress; none of that has anything to do with the wood grain. And unlike my Volt review, this is not stalling post length since there is plenty of bad wood grain to review, such as our old friend Mr. Crate in the main lobby.

END_OF_DOCUMENT_TOKEN_TO_BE_REPLACED

Hello futuristic cyclists, WoodReviewer here. Now, I’m not sure if any of you have noticed this but I tend to do blog posts with trends; sometimes I do a bunch of tycoons in a row, other times I do a bunch of endorsed model posts in a tow, and the point is that gets kind of boring. Another example of that is focusing too much on Asimo3089. Today I am taking a look at Volt by Team Volt, which includes Asimo3089, Baddcc, and DTF. This will be the seventh post I’ve done on Asimo, meaning a full 10% of my content has been focused solely on his places. Granted Volt is a team build, but still I focus on him a bit too much. However, this should be the last post on him for a while since I’ve gone through most of his past places and his next place isn’t due out for a couple of months.

So seeing as how many places of his I have reviewed, and the fact I made him fix The Wind, lets see if he learned his lessons in Volt.

END_OF_DOCUMENT_TOKEN_TO_BE_REPLACED

Hello Meadows Ranch team, WoodReviewer again. Sorry if my pestering of you is getting a little annoying, but the bad wood grain in your game is equally annoying. For those of you who just showed up and are confused, Meadows Ranch is a horse simulation game where you shovel poop in order to get horses in order to ride said horses. This is my third review on it. The first was an early alpha build where I pointed out bad wood grain for the developers to fix before the final release, and the second was one where I checked on the complaints from my first review and complained about them not being fix. However, because my first review was done in the pre-alpha more content, mainly horse trails, was added that I did not go over in my last review. So that is what I am focusing on for this review.

The first map I looked at was Forest Glenn. It did not have much wrong, the only issue was the bark on the trees. Some sides had vertical wood grain; others horizontal. For trees made with wood grain as bark, all sides should have the texture going the same direction, either vertical or horizontal. That was not the case here, and seeing as there were a few hundred trees in the level it is probably a time consuming mistake to make.

END_OF_DOCUMENT_TOKEN_TO_BE_REPLACED

Hello swashbucklers and scalawags, WoodReveiwer here. Today I am continuing my adventures of looking through the ROBLOX template places by taking a look at the Pirate Island template place, as always, featured on the Templates account and made by Quenty. Just as a reminder, all these places are open source and can be accessed by opening ROBLOX studio and on the home page clicking the “New Project” tab. Then, above the normal baseplates, where it says the option “Basic/Theme/Gameplay” select “Gameplay” or “Theme” to view the places. As another reminder, I am WoodReviewer, so my job only involves reviewing, and fixing, wood. Not balance. Not scripting. If the fact my wood rotation breaks something I will try and fix it. But if there is a major problem with a game I am usually unable to fix it due to my scripting ability, or lack there of.

Why am I bringing this up?

Well, the boats are not good at the whole “not sinking” thing. But this happened with the boats before I modified the place, meaning I did not break anything.