Hello fellow adventurers, WoodReviewer here, today I am taking a look at the temple of RoboWling by the RoboWling team, including Luckymaxer, opplo and Simoon68. The game is an unusual adventure game where you start off in a mysterious land of the RoboWling people, a mysterious group who live in a cave and have an great migration to their grand temple. 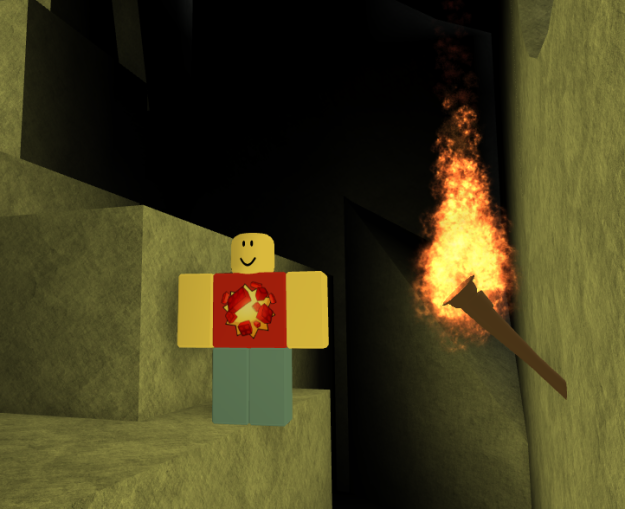 The torch had no wood grain to inspect

Moving out the heart of the cave there is a small jump puzzle that you need to navigate to get to some boats, the RoboWling’s main for of transportation to their temple. However, one part of this puzzle was a plank that you need to climb to get out of the valley. The end of the plank was improper, and should have the end texture connecting the two side.

When I arrived at the dock to await transportation to the temple, the dock had the same issue with the ends of planks not lining up. This is a very common issue with planks that most people overlook, so it was not that large of a problem.

It is still a large problem, though.

After waiting for a minute, a great RoboWling sailor picked me up to take me to the main island. He was a great sailor, able to hold out the engine of the boat with nothing but his arm, however the boat had issues with wood grain. While the sides were fine, the center board towards the middle was improper with grain that went from the front to back, rather than the correct side to side. There was also a problem with the back of the boat, which had the top have the same issues as the center board.

Also the boat had an alarming amount of knots in it.

I then arrived on the main island of the temple. This dock was surprisingly less grand than the one at the RoboWling’s home island, and had the same issues with the plank texture.

Nearby was a sign to help direct the transportation of incoming pilgrims. It was correct, and was the first real piece of proper wood grain that I saw.

Then, my journey was complete, I had reached the great temple of the RoboWlings, and was ready to inspect its wood grain. 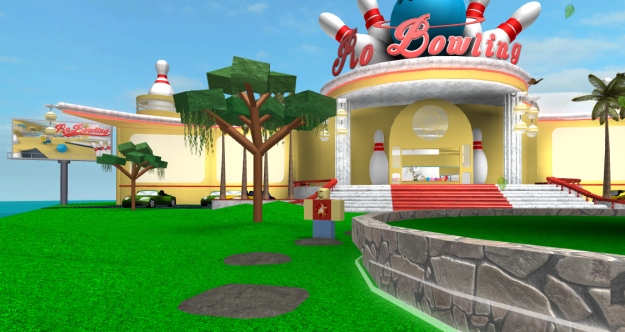 Unfortunately, almost as soon as I entered the front door I found my first issue. This panel, which was correct on the front, had some issues on the side. While the front of the panel had vertical wood grain, the sides had horizontal. Both should have the same wood grain, and in this case it should be vertical.

Moving in I was greeted by the RoboWling’s grand chandelier, which while large, had and issue with wood grain. The grain should wrap around it, so indsead of being vertical it should be horizontal. This would give strength to it as in this configuration the boards could easily snap along the grain.

Near the chandelier was this plant holder. While the front side was perfect, the top was weird; instead of being multiple pieces of wood it was one large union. While this cuts down on part count, it creates awkward situation where at some parts the wood grain is fine, and others it is incorrect. Here, most of it was incorrect.

Further inside I saw a great RoboWling champion showing off the heads he had captured as victory trophies from battles. While this is unusual,  I am not one to judge ones culture. I am one to judge wood grain, and the counter had bad wood grain, with the grain on the top going from front to back rather than side to side.

In addition, the trophy rack also had some issues, with the main supports on the side having horizontal, rather than vertical, wood grain.

I then went over to the ceremonial food chamber, and the main support for the roof had improper wood grain. This was a common issue in most of the building; the builders had combined vertical supports with horizontal walls. This creates situations where they are using 30 studs by 30 stud pieces of wood to build features, which will never have proper wood grain due to the size of the pieces of wood being too massive. Ultimately the only solution is to break up the large parts into smaller pieces, or change the texture to something else.

The last piece of bad wood grain I saw before I left was this light brown trim. The board is clearly much longer than it is tall, so the grain should follow the length from side to side. Above it was a similar issue to the support from the previous picture; the wood was too large to be made from a single piece of wood.

Overall, while I respect the RoboWling’s and their creation, the wood grain was not good. In some areas, like the planks and trophy holders, the issues were simple to fix. But in other parts, like the walls and picture frames, the issue is they try and do too much. Rather than making them out of multiple pieces they made them all with a single union, creating parts that realistically cannot have proper wood grain. The only way to fix this is to break up the unions, or change the texture.