Hello endless clicker game players of ROBLOX, WoodReviewer here. Today I am taking a look at a new game that just came out last week, Portal Heroes by SirMing. It is the first real incremental game game to make it to the front page. As someone who like to over due stuff in games, I hate these games because I always play them way to much to try and break them. As a result, I’ve played Portal Heroes for a good 60-72 hours since it came out. If only it came out a week or so earlier it would have been my most played game of 2016 for the Bloxxy awards.

As for the game itself, it is fairly simple. There are two areas: The spawn where you but heroes and spend karmas, and your area where you grind out enemies/bosses/money. The two areas are connected via long bridges. Surprisingly, the bridges actually have proper wood grain.

Unfortunately, the actual town does not have proper wood grain. The first building, the church, has several issues. One of them is that the edge of the roof has improper wood grain. Instead of the planks going along the roof length wise, they go perpendicular to the roof. 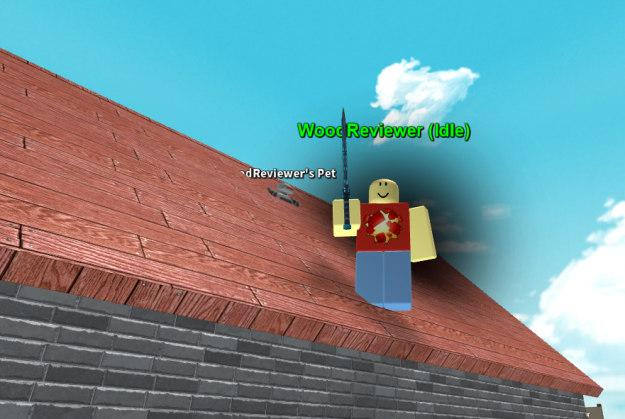 This is also an issue for the little bell tower on top of the church and the crown of the roof.

Moving inside of the church, the doorway has improper wood grain, with the vertical supports having horizontal grain instead of vertical grain.

Inside, the cross behind the priest has improper wood grain on the vertical section. 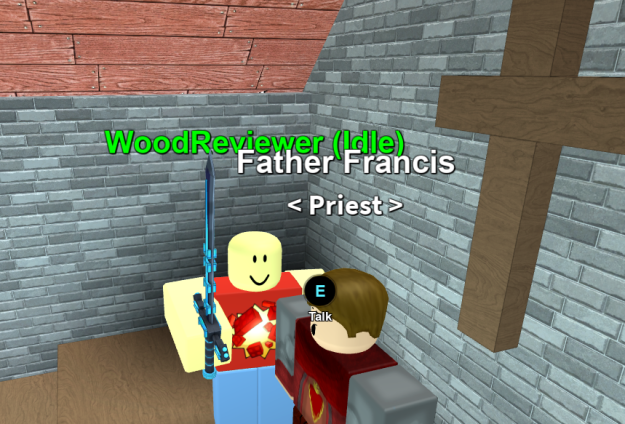 The second, and final, building in the spawn area is the Pub. In it, you can hire various heroes to help you progress in the game. On the outside, the major issues are that all the vertical supports have improper wood grain. This includes the large corner pillars. These supports in the center of some wall sections. 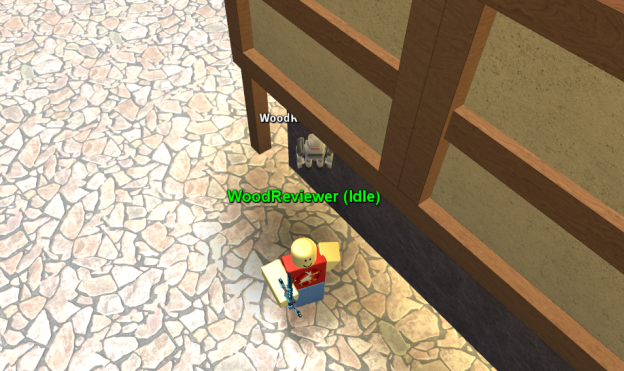 And the door frame.

That just leaves the final area where you kill enemies with your heroes. Aside for the bridge, there is no wood grain here.

Overall, the game is fairly simple, building wise, with only two buildings that are smaller than many endorsed models. As a result, there is not much wood grain to review. However, what little there is to review is mostly incorrect. The church and pub both have major issues with wood grain in very noticeable locations. What’s worse is the fact there is so little to fix means it is mostly laziness that it is not fixed. By my estimates, it would take a very, VERY generous 5 minutes to fix all the wood grain here, even if a material flip plugin was no used. There is no reason why it can’t be fixed, so hopefully it is fixed soon.