Hello excited chair sitters of ROBLOX, WoodReviewer here. Today is the second day of my 2016 Advent Calendar. I am aware that there are a whole few people who are excited for this for some reason, so lets cut to the chase and release the monster.

It is a bunch of chairs. Four chairs to be exact. Why four? Because that was how many fit along the two sides of the walls of the box.

These chairs are fairly basic. Not so basic that they are made of six bricks, but compared to what can be made with unions and meshes, pretty basic.

Similar to the table, the chairs do feature additional supports under the main seat and a second set of supports at about the midway point of the chair legs.

And much like the table yesterday, the chairs are welded so if you want to ananchor them, you can blow them up. Additionally, with the table you can have a complete dinning room table/chair set.

Oh, and the chairs can be sat in. Although it would be funny if I released them without a seat included. 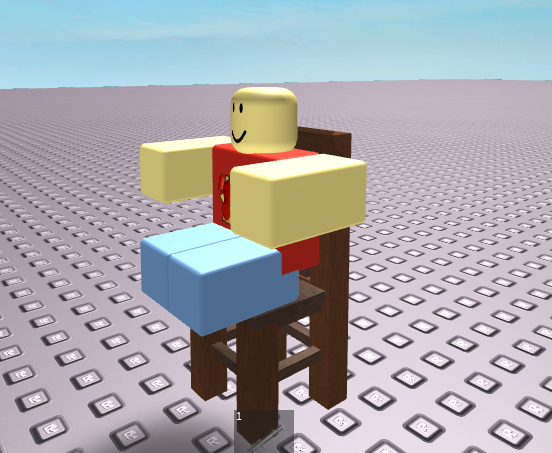 Ignore the rocket launcher. Was for important testing stuff.