Hello arborists of ROBLOX, WoodReviewer here, and if you are a real arborist then this blog isn’t really for you. But if you aren’t then hello, welcome to today’s post. This post has been requested by many people, including Quenty, who don’t quite get how trees work. Now some of you may be surprised that people don’t understand how trees work, and I have the same reaction to people who don’t understand how wood grain works. But anyway, enough of the small talk, onto the trees.

First off, we need to define some things. The first is an understanding that bark is not wood grain. Or sand. Or fabric. The outside of trees are bark, which ROBLOX does not have a texture for as of now. As a result, when textures are used as bark they are not representing their normal texture, but bark. As a result, throw out your normal expectations about how textures should go.

The second item that needs to be explained is how trees grow. Take this poorly made graphic for example showing a basic tree. The orange dots are the origin of tree limbs, and the arrows are how the tree limbs grow away from the origin point. Now, why is this important? 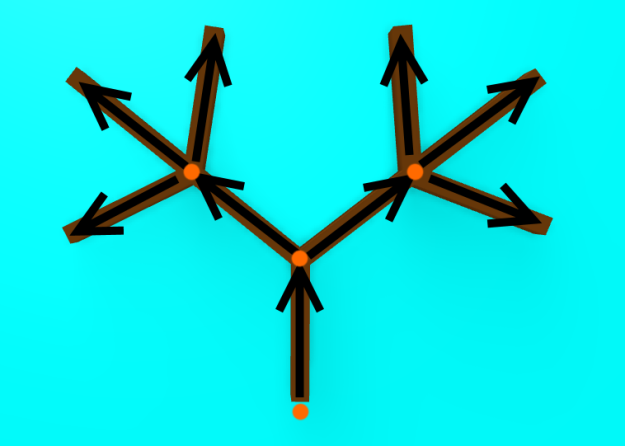 Because how the bark goes on a tree is relative to how the limb grows from its origin, not from anywhere else. This is because limbs can have a larger diameter then they are long and they don’t grow perfectly vertically or horizontally, so using my normal terms won’t work. So what terms will I be using to describe how the texture of a bark should face?

One is to say a texture wraps around a limb. Like this. 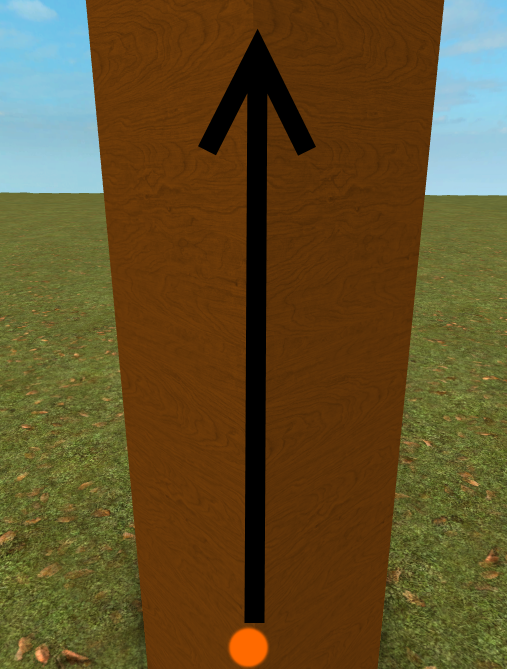 For wrapping around, think of the grain going perpendicular to the growth direction. Another way bark can go is to grow along with the limb, like this. 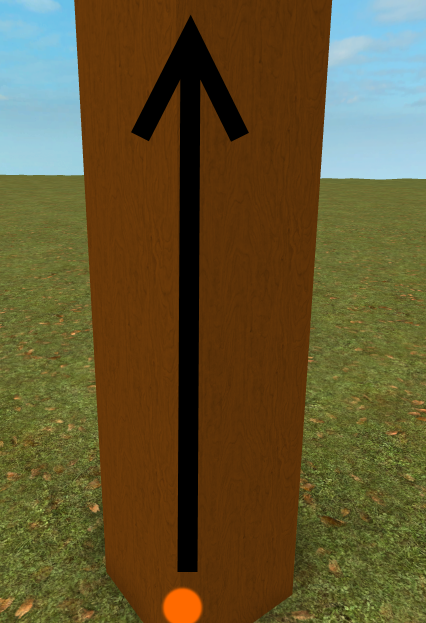 For going along with the limb, imagine the bark is going parallel to the growth of the limb.

There is one last thing you should be aware of, however. The bark on the tree should be consistent for the entire tree. So if the main trunk has bark that wraps around the tree, the upper branches should have the same type of bark.

Well that was basically everything there is to know about tree bark. Now for some basic examples since most of you are probably still confused. For all the examples I will be using this basic tree. 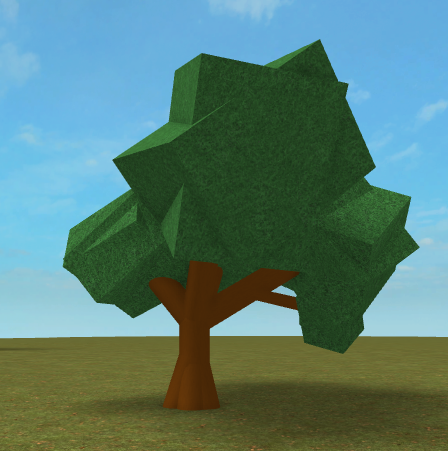 First, lets look at the trunk. It had bark that goes along with the growth of the tree. This is also present on the roots of said tree. 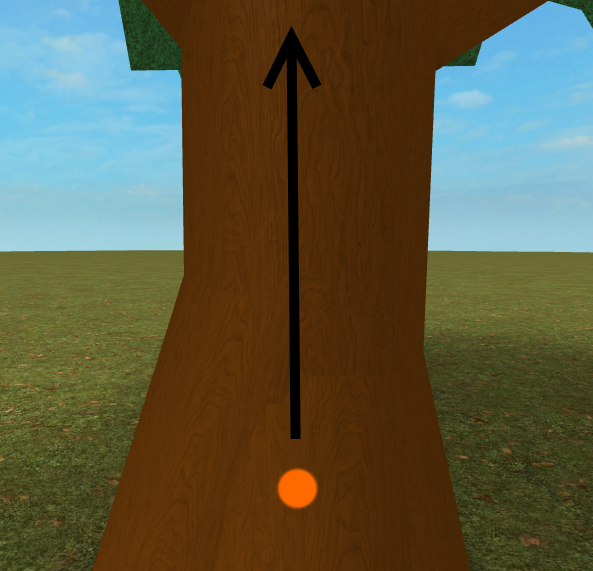 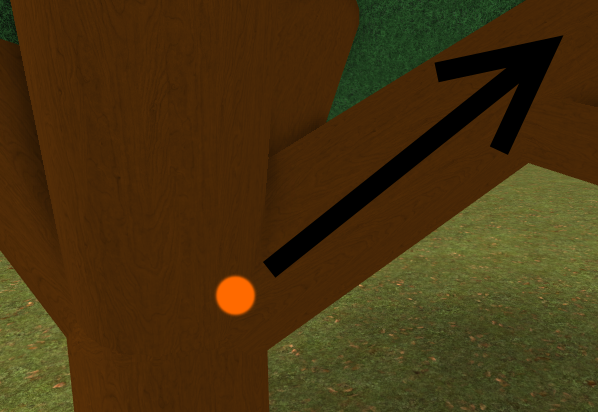 NOTE: If you are fancy and use balls on trees at joints, the direction of the balls does not matter due to the fact that in real life the bark directly around where a branch splits off is often messy due to the fact it is at the origin point.

We then get to this next split. This branch grows downwards from the horizon. But that doesn’t matter as the the bark should go along with the branch, parallel to the growth of the tree. 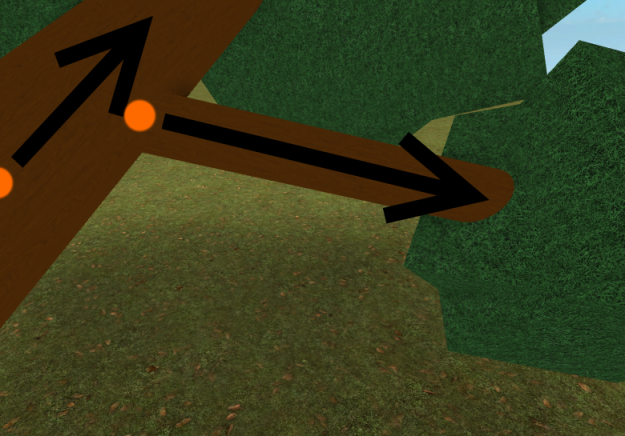 That was example one. For example two, lets look at a second example. Again, same tree, only this time made with rectangular bricks and featuring wood grain that wraps around the tree starting at the trunk. 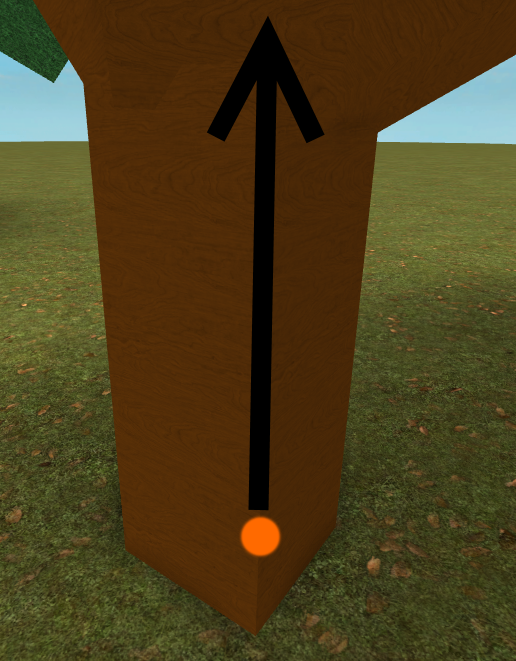 At the first split, it again wraps around the branch, perpendicular to the growth of the tree. And then at the second split, again, the bark wraps around the limb. 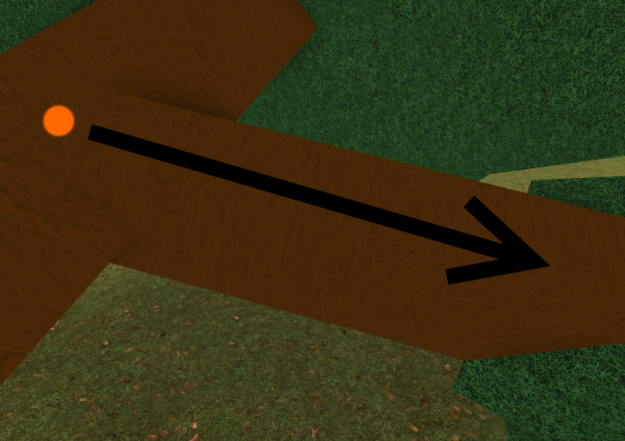 So those are two examples of how trees should be. How about some examples of what not to do. Well obviously you can’t have a tree with some branches having bark that wraps around and other branches where it goes along. But what about other No-Nos? The first major No-No is when the bark goes along the tree on one face, but wraps around on another. This should never be done. 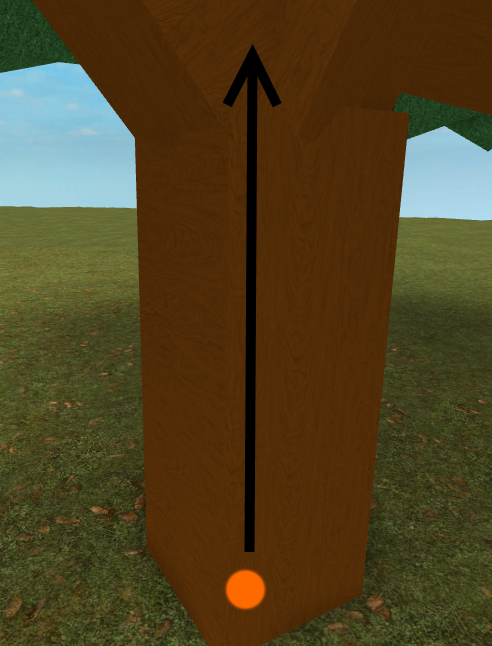 Another major No-No is to union an entire tree. It will cause some parts of the tree to have bark in one direction, like this trunk where the bark goes along the tree. 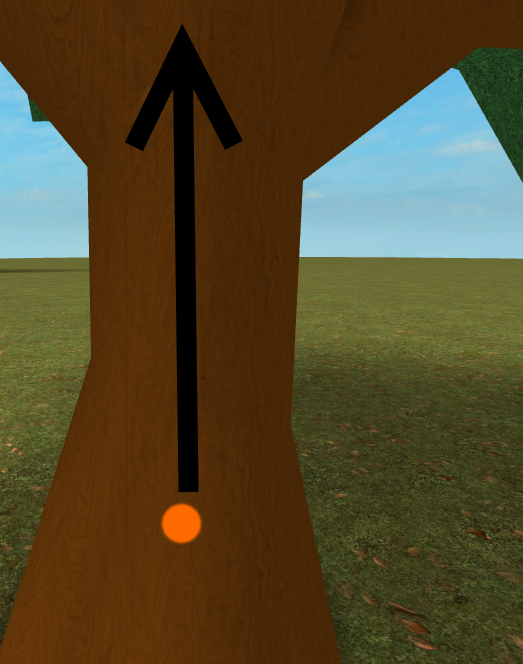 But then as the branches move in different direction it goes from going along the direction of growth to wrapping around, which is a No-No. 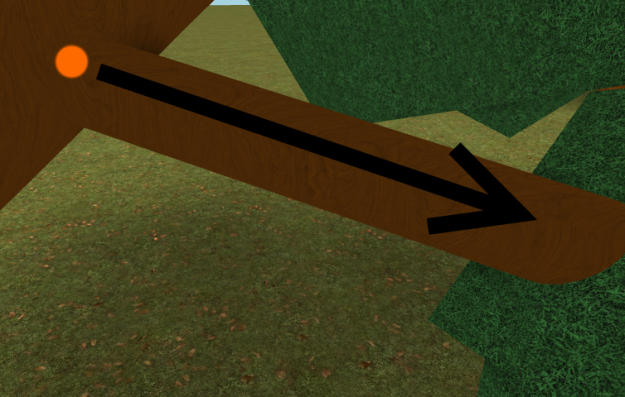 Those are the two biggest No-Nos I’ve seen.

So far I’ve only featured wood as a bark texture because it is the most common texture that is used. But the same rules apply for other textures. Take sand, for example. This image shows a tree with sand as the bark texture, where the sand wraps around the limbs. This is fine. However, if you have a limb like this, where it both wraps around and goes along, it is not fine. Of course there are some textures, like ice and foil, where the texture can’t wrap around or go along due to how it is made. And in that case, do whatever you want. It is really hard to sum up what I’ve said since I only tried to include important stuff and can’t really cut it down. But the most important thing I can say is to remember to make trees consistent. If a texture goes one way on a tree, it should go that way on every single other part of the tree.

And, most importantly remember that tree bark is not wood; it does not have to be used like wood is used. Or how sand it used. It is bark, and should be used how bark is used.