Hello ghost and ghoul enthusiasts of Roblox, WoodReviewer here, and today I am taking a look at Roblox’s Official 2017 Halloween event game, Hallow’s Eve 2017: A Tale of Lost Souls by Swift Dev and sponsored by the NERF Zombie Strike Dreadbolt. This game continues the decade long tradition that Roblox has established of a varying quality of Halloween games, with some being pretty good, and others being fairly bad. So how is this years game? Well, let me just state that the image folder for this review is the largest, size wise, that I’ve ever done. So with so much bad wood grain to go over, lets jump right into it. 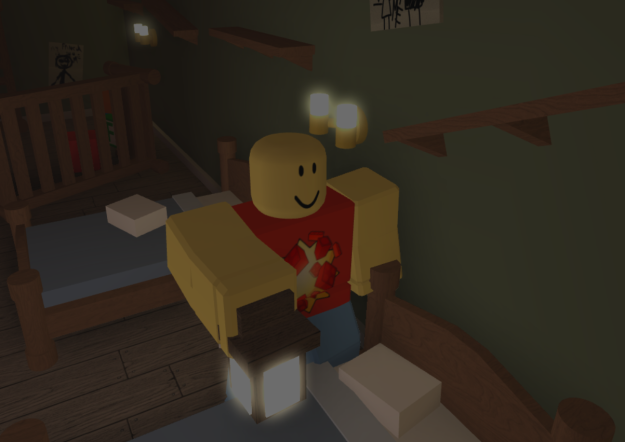 Speaking of small things that don’t completely ruin the game, these crates. Now, all the wood grain on them is correct. The issue I have is that the four side panels do not have the wooden planks in the center facing the same direction. Notice I didn’t say correct direction; vertical or horizontal wooden planks on crates can both be correct. My issue is that in a single crate, all the sides should be consistent throughout the crate. Continuing being nitpicky, these planks are correct. Just felt like pointing out that they are correct, even though the ends are “incorrect” because the planks are only a single plank wide so the end grain can go in any direction and be correct. Good job game makers. Now that I have the small stuff out of the way from when I was worried about there not being enough content to make a proper review on, lets point out some exampled of bad wood grain, starting with these wooden beams. They are terrible, the game makers probably know they are terrible, but these slipped by somehow or were made by someone with much less skill than the rest of the builders. Continuing on with the bad wood grain made by a terrible builder, this horse-drawn cart had a similar issue, with the very end of the wooden beam that comes to a point having improper wood grain wrapping around the board, instead of going along with the board. A similar issue appears on another cart later in the game, only this time the ends of the cart that keep everything from rolling out are incorrect, with the wood grain on top going from the front of the cart to the back instead of side to side, like the front face of the wood correctly does. Continuing on through the game, this fence support had improper wood grain. The actual fence pieces are correct, but the crossbeam on them has incorrect wood grain, with the grain being vertical instead of being the correct horizontal orientation, connecting the beam from the side posts on one side to the other side. 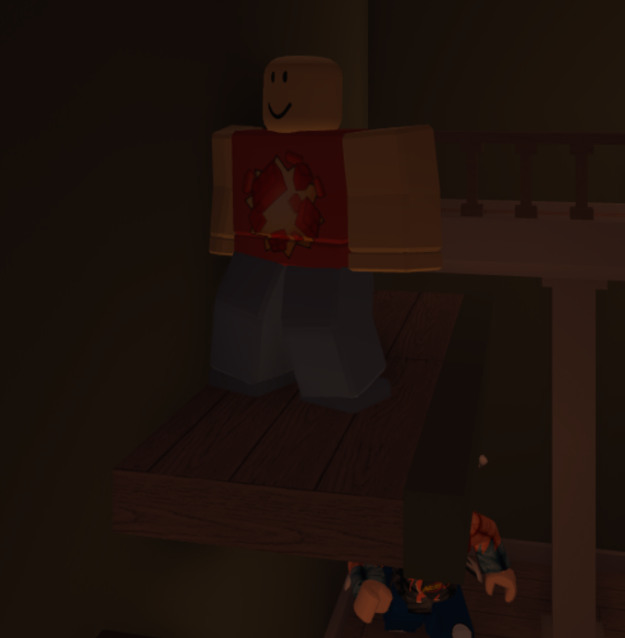 Now, remember a few pictures ago where I said the wooden planks were OK even through the end grain was incorrect because the planks were less than 1 stud wide? Well, here is an example when not paying attention to that will mess you up as these planks are about 3 and half studs wide with the incorrect rotation on the end. Of course either way the planks need some extra structural support, but I just want the wood grain to be correct at this point. A similar example but with regular wood was found in a later level, where the lighter wooden planks that have the correct wood grain on the top face, but the side face has incorrect vertical wood grain. 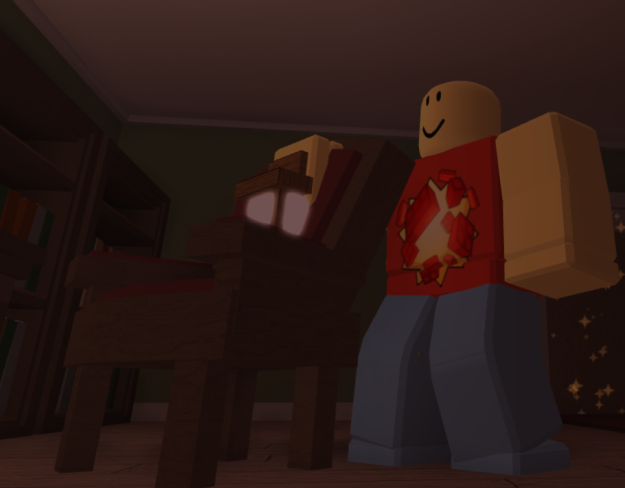 So far I’ve had crates and wooden beams featured, so what is the last thing I need to have to make this review official? Chair legs of course. No game can ever go without having chair legs with bad wood grain, and this game doesn’t disappoint. I mean, it does disappoint, but it disappoints in the expected way that games disappoint me. But while we are on the topic of improper supports, lets continue with a bunch of other improper wooden supports, like this sign. 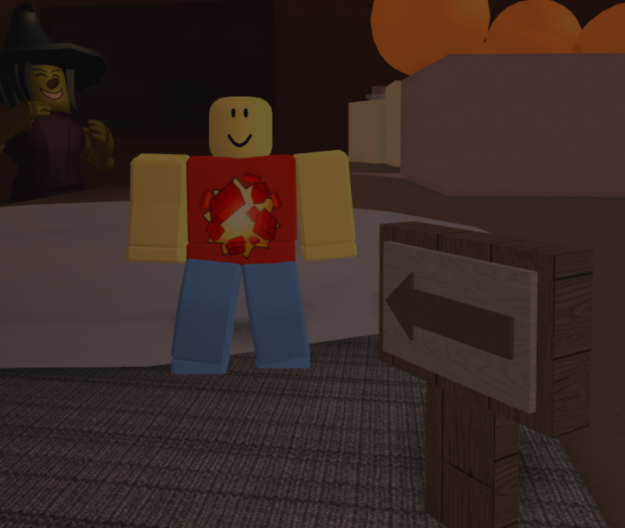 And this sign, that also had some bonus bad wood grain on the actual sign board and not just the support. And this ladder, that, again, has some additional bad wood grain on the actual steps in addition to the supports. And the supports for this spinning wooden beam jump puzzle. And lastly, the supports on this sofa are incorrect, although based on the anti-gravity nature of the sofa, the supports don’t seem to matter much here.

So how was the game? Well, over all I think that the amazing NERF Zombie Strike Dreadbolt gear that I got was the best part of the event, since the wood grain was clearly not very impressive and because NERF is 100% not paying me to pitch their product THIS IS ADVERTISING  But otherwise,the game was not good. Not good at all. Especially when you consider that some assets, like the chairs, sofas, and horse carts were reused dozens of times throughout all of the places that made up the game, once I found some of the bad wood grain it just kept on appearing more and more.