Today is going to be different than normal. First, instead of one game I am going to be reviewing three, all by Asimo3089, and all featuring trains. Secondly, I went into the games knowing what I was looking for instead of just looking around. And what was I looking for? Bad wooden railroad ties.

This is Equinox Station and it is our first top of bad wood. As you can see, the wooden ties have wood grain going from front to back rather than the proper side to side.

Moving on through the place, bad wood grain is everywhere. From the station supports.

To the stairs and railings inside the station

To the front door of the station.

Improper wood grain was there.

My next target on the bad railroad ties was Crosswinds. As expected, the ties were wrong. 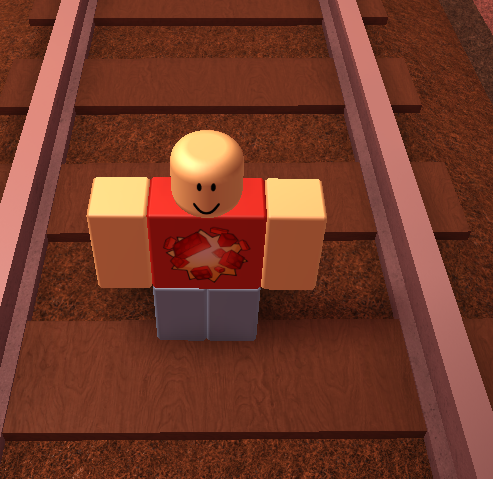 However, I was impressed the the rail bridge was mostly correct.

So close to being a good bridge…

There was also a house and car bridge in the showcase. They both had bad wood grain. 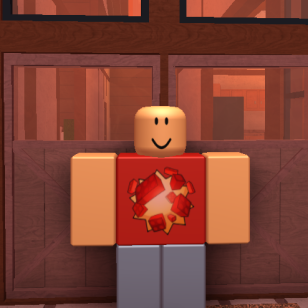 Finally, the last place I went to check the rails was Coastline Highway. Again, it had bad railroad ties.

And like Equinox station, the supports for the station were structurally weak.

…And a door on a house was also bad.

But lets get back to railroad ties. Why did I feel the need to make a post almost entirely dedicated to them? Because they should be an easy fix. If the wood grain is done correctly from the start, it will always be correct as the builder copies and places tracks. Or if they catch it early, they can use the Material Flip plugin by Stravant to manually fix each piece of wood.

But what if you finish a game and then have hundreds of parts to fix? Easy. If you name parts, you can easily search Workspace for all the railroad ties and then manually fix them with CmdUtl, or equivalent building tools. As long as you have all of the ties selected, you can fix 5,000 of them in the time it takes to fix one. Even if they aren’t named you can use other plugins, such as my Command Panel, to select all parts that are similar to each other. Once selected, just fire up CmdUtl and thousands of ties can be fixed in seconds.

This post isn’t to rag on Asimo, I already did that in the comments for his games, but rather just to act as a reminder to railroad builders. I know most of you do railroad ties correctly. I also know there are a bunch you don’t care. Fix the ties; if you can spend hours re-creating specific trains you can spend 1 minute fixing railroad ties. 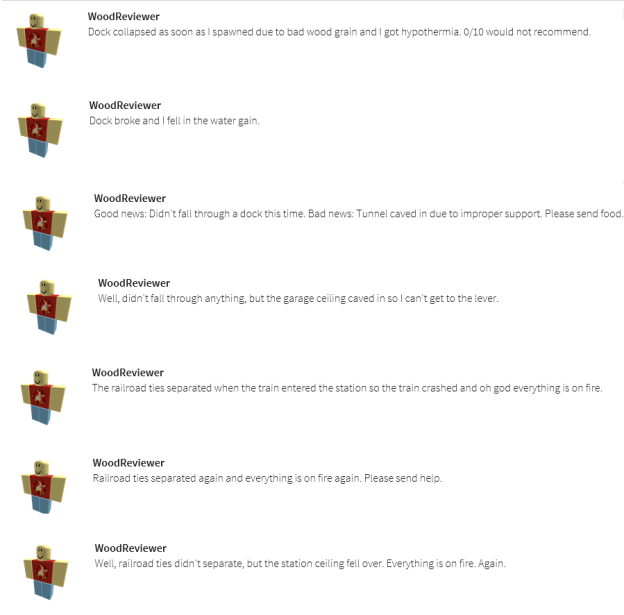 Not only is Asimo bad at railroad ties, but he is also bad at docks.