Hello there fellow giant hunters, WoodReviewer here. Today I am taking a look at Giant Survival! by BuildintoGames. Normally my sole intention while reviewing games is to look for bad wood grain. I am still doing that. However, as you can judge by the title, I am looking for my close friend Zoey. The last time I saw Zoey was when she ran off into the sea chased by a the army after destroying most of the town in ROBLOX High School. Also, Cindering, that was your own fault for using bad wood grain on the shelves that hold the chemicals that make giant hamsters. Anyway, since Giant Survival! has giants, what better place to look for a giant hamster.

I started my search for Zoey at a giant tree house, looking for the elusive giant tree hamsters. However, getting up to the top of the tree proved to be problematic as the ladder to get up to the house has improper wood grain on the vertical supports. 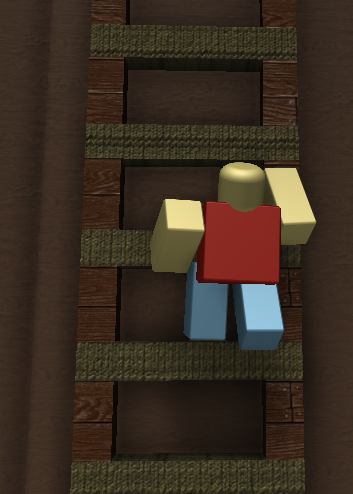 The top of the tree house also had bad wood grain, but instead of ladders it was bad railings, a problem when you are hundreds of feet in the air.

And it wasn’t just the supports, but also the actual railing that had bad wood grain.

Using the super jump is safer than taking the ladder

Surprisingly, there were no giant tree hamsters in the tree, or if there were, the branches fell. I did not know where to go.. Luckily, right outside of the forest was this nice giant. He was also looking for bad wood grain, but was to big to fit in the door in this haunted mansion. He told me to head towards the big city, because that was where most of the giants were. Taking his word, I headed in towards the city.

After strolling past for a while towards the city, I came across a farm. All the farm had was one barn, but I was confident that a giant hamster would need some where to eat food, besides for the soldiers that Zoey ate. Now, on the outside of the barn was some weird wood grain. You see, normally the white wood would be bad wood grain, but I can’t say for certain if it is a sporting member of the barn, or just the siding painted white. 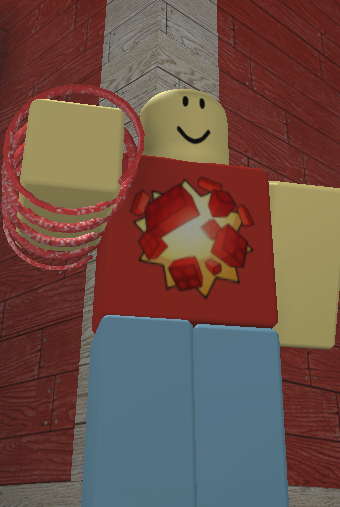 Same with the front; the white could just be the continuation of the siding painted white.

However, inside the barn there was bad wood grain on some railing supports, as well as pole holding up the roof.

Parts of the floor also had bad wood grain

However,  Zoey was not at the barn so I continued to head towards the main city. As I got closer, I entered the suburbs and found these houses with bad wood grain on the doors.

I tried to ask this guy if he had seen any giant hamsters. Sadly, he was too upset with the bad wood grain to respond.

Moving on to the city, I started looking for Zoey at a help desk for a local office building. However, no one was there. My guess was they did not like the bad wood grain on the office chairs and tables. Or the fact there were no lights.

Same for this grinding rail. Who would want to grind on wood that can snap in half at any moment. 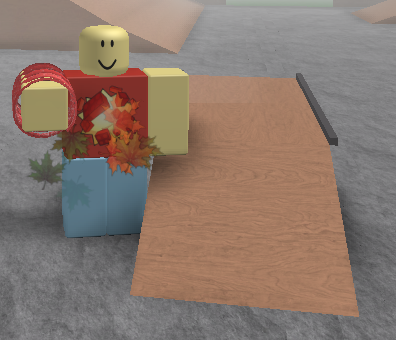 My trip to the skate park was cut short, however, as I head to leave the building. Unfortunately, the fire escape was risky to travel on as it had improper wood grain. With the city searched and no sign of Zoey, I asked another giant for help. He said to head towards the suburb on the other side of the city, so I did.

Heading into the last suburb, the sun began to set. Time was running out to find Zoey, and there was bad wood grain to review. Like the ladder and supports on the child play area. 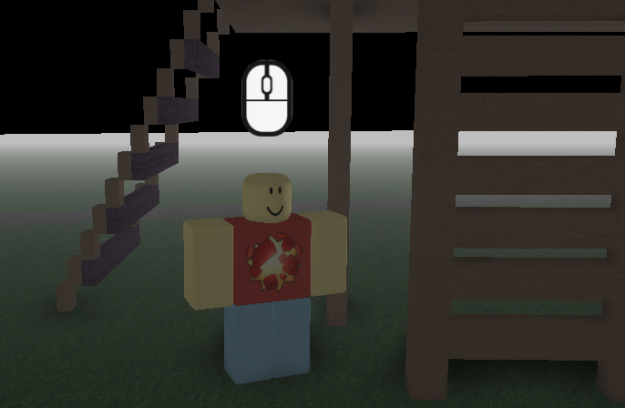 And the supports for the roof on top. If the guest made any sudden moves, they may have been crushed.

I then headed into the town, but was met with another bad ladder with bad wood grain on the sides.

I ran around the side of the hill, and entered the town. I was then greeted by a ghost giant. I told them about Zoey, and they agreed to help me search the town for her. Unfortunately, they had some trouble fitting in the houses, so they left that to me.

IDK why people were shooting the giants. They seemed pretty nice.

However, the houses had bad wood grain. Most noticeably on the doors.

And the window trim.

Despite searching all the houses, Zoey was no where to be seen. Seeing as she is a giant hamster, she shouldn’t be hard to miss. With the night setting in, I had to call it a day and end my search for Zoey and bad wood grain.

Overall, how was the wood grain? Fairly poor. There were some issues with wedges that are hard to fix because you can’t rotate wood grain on wedges without CSG, but many of the issues on bricks were easy fixes. The issues were fairly obvious in some cases, such as the bad wood grain on chairs and doors, and should be fixed. As for Zoey, I hope I can find her again. Preferably when she isn’t attacking the army, but I just want to make sure she is still OK.

2 thoughts on “Looking for Zoey-Giant Survival!”