Note: I am aware that TreeHouse Tycoon got updated to Beta and was renamed to TreeLands, but my screenshots for this review were taken the day the Beta went live and was suppose to be up last week. However, due to the switch update to Beta my tree house was “reset”, although I have most of the parts I need to rebuild it and buy some new features. I have played some of the Beta, and while things have changed the wood grain is still the same; the parts either stayed the same, were replaced, or remade, and even the parts that were remade were remade with similar issues with wood grain. Depending on how long the Beta lasts it may get a review, or I may do a review on release. Either way, the issues with wood grain in the Alpha have not been addressed and need to be fixed either way.

Hello delayed reactionists, WoodReviewer here, today I am taking a look at the game formerally known at TreeHouse Tycoon by Fissy Games. Now if you didn’t read the paragraph above, this is a bit delayed and the game has been updated, but the wood grain is still so bad that I don’t feel sorry that I am advertising a slightly older version of the game. Just look at the starting ladder, for example. Here is a common issue with a bunch of parts: wooden parts that act as vertical supports, such as posts, should have vertical wood grain that goes from the bottom to the top of the post. This is an issue with several many of the pieces, so remember it.

Another example of the bad vertical wood grain are these railings right near the ladder. Obviously now they are not an issue since it is close to the ground, but higher up you do not want the railings to fail due to bad wood grain. Here is another example of the bad vertical wood grain in the roof on this path. But it has another issue; the actual roof. You see, the paneling goes from one supports to the other on the top and bottom, which is correct since that is the longest side, but the wood grain at the edge, which is facing the camera, should do the same instead of doing up and down. 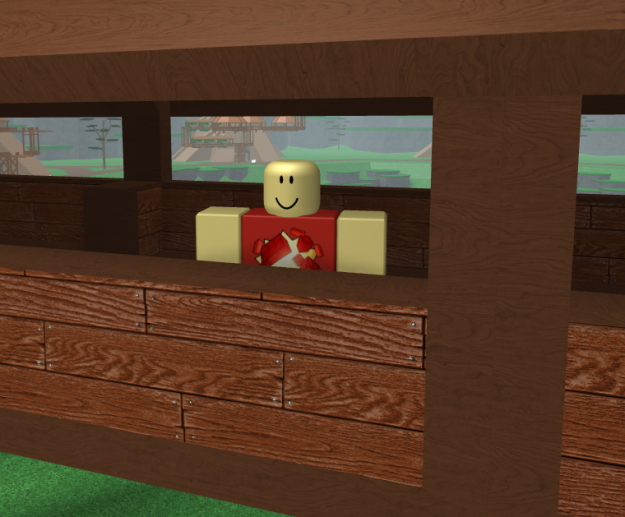 Next up was this truss in a circular house. Luckily it was removed in the Beta, as wooden trusses should never be looked since wood grain is not applied to them properly. Since they are such and edge case, I’m sure ROBLOX could fix them, but it is anyones guess if they will. Most of the issues here are wood related, but lets not forget our love for wooden planks. Here you can see on the bottom of the roof the planks go side to side. They should go across, the same direction as the planks on the top, so that they look like real wood. And yes, the vertical supports and piece of wood connecting the planks is also bad. Next up, this spiral staircase. It has issues in the boards go out from the center. The wood grain should follow boards, going from the center out towards outside, but it does not. It should be fixed. Time for a look at a circular house. This was removed in beta. I’m glad because it had bad wood grain. The windows have improper vertical wood grain, as do main supports. If it were kept it would need to be remade. 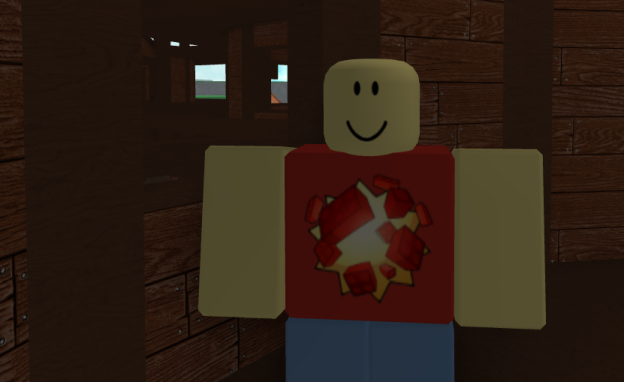 Here was a long bridge. Long bridge was removed in the beta, but in the alpha it had improper wood grain on the planks towards the side. But only the top of the texture; side fine. Kind of moot since removed, but still should be noted. 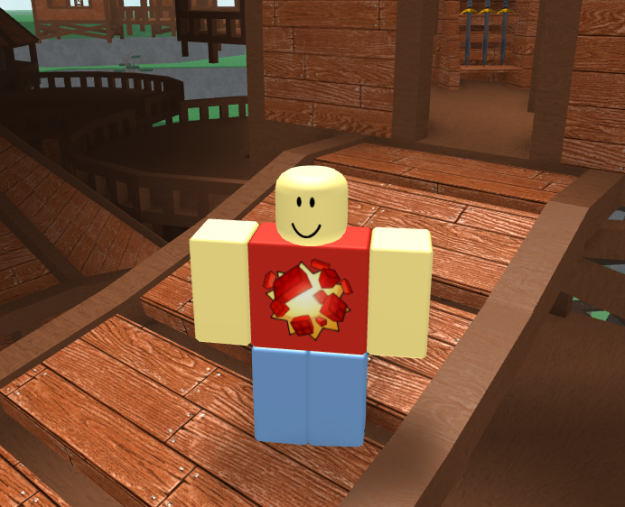 The supports on the trampolines were also bad. Trampoline launch you in air, so supports need to be good to prevent you from falling. Again, the grain should go from end to end on the vertical and diagonal supports, but it does not. 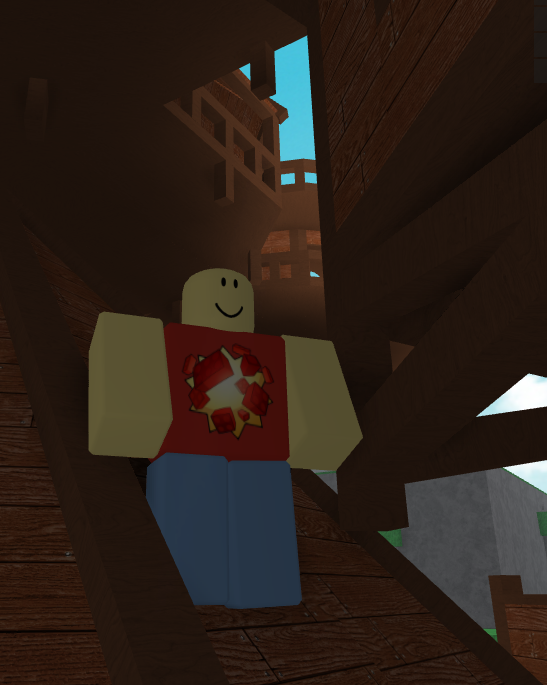 Next is roof on path. The roof mostly ok, but very top is not good. One one side, grain is good, but on top wood ground should go length wise, not across board.

More railings. These railings, no good. Like other railings, have bad wood grain. Very bad. Wood grain not go vertical, but horizontal. Air ship very bad. wood planks not go along side, but in. This is no good; planks no good. Planks bad. Wooden post for sign also bad; grain no go vertical. Grain horizontal. Horizontal grain on post very bad; should not be used. Cannon wood grain no good. wood grain on side go front to back, but top go side to side. No good; no good. Wood cannot do that; wood is not possible. Railing also bad, very bad, WoodReviewer is not please. Finally tree house. Tree house very large, very expansive. It has all buildings and create much silver to grow. 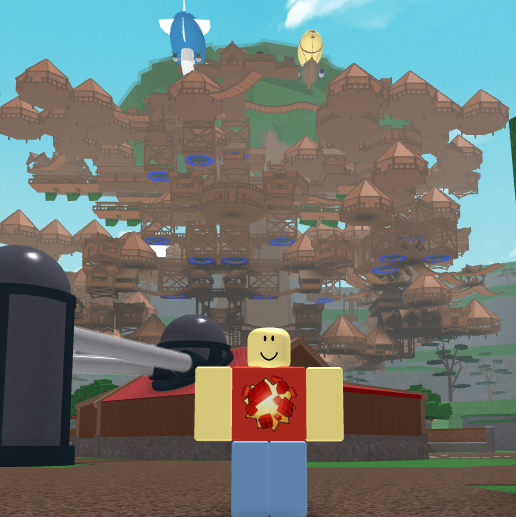