Hello there minigames lovers of ROBLOX, WoodReviewer here, today I am take a look at the ETVG Arcade Minigames Deluxe Supreme Super Fun Time by Zomebody and Wsly. For those who are not familiar with what is going on, ETVG is a LP’er on YouTube that makes lets plays of several games, including ROBLOX. For his fans he commissioned a special minigame game on ROBLOX, not too different than minigame servers that have popped up for YouTubers in Minecraft. 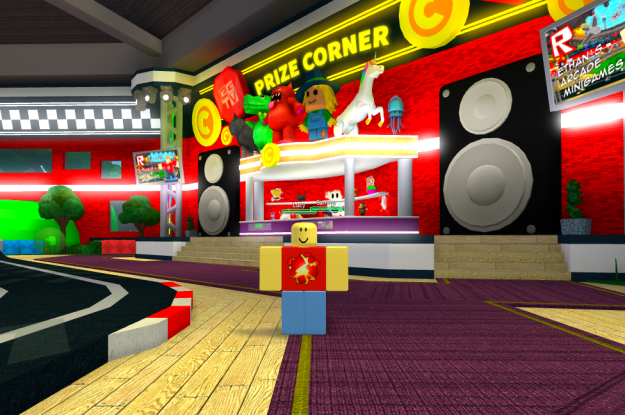 As is the case for most minigames, the game is broken up into two areas; the lobby and the actual game area. I started off looking at the minigame area because I wanted to get that done since the games can get changed up, while the lobby is static and I can spend as much time as I want looking at it. The first thing I noticed were these fences that surrounded the map in several game modes, most noticeably the flood survival and kind of the hill game. There was a large issue with the fences here; while the individual boards are vertical, as you can tell by the top of the boards sticking up, the grain is horizontal, meaning each board can easily be snapped. There is a simple fix for this; just adjust the union so the wood grain goes vertical. However, because it is reused in several maps, this will need to be done several dozen times if the all the segments of fence need to be replaced. 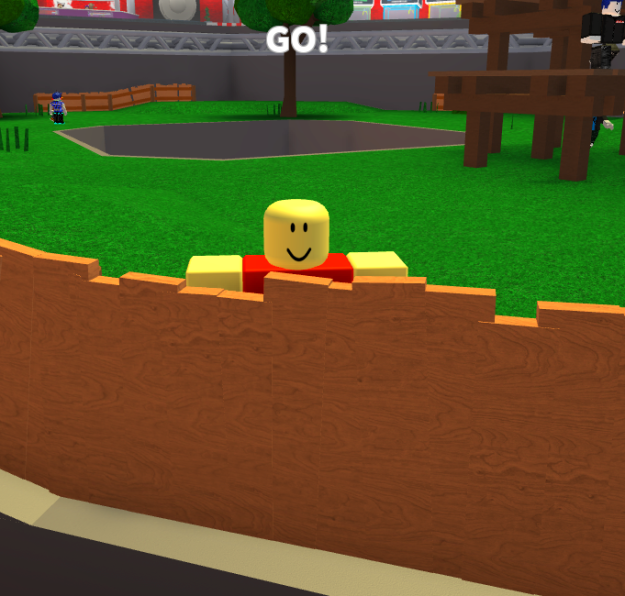 Since that previous image was in the flood escape game, lets review the rest of the wood here, including the supports on these platforms. It may be hard to tell, but the vertical supports have horizontal wood grain, rather than the correct vertical wood grain. This, of course, is wrong and should be fixed. 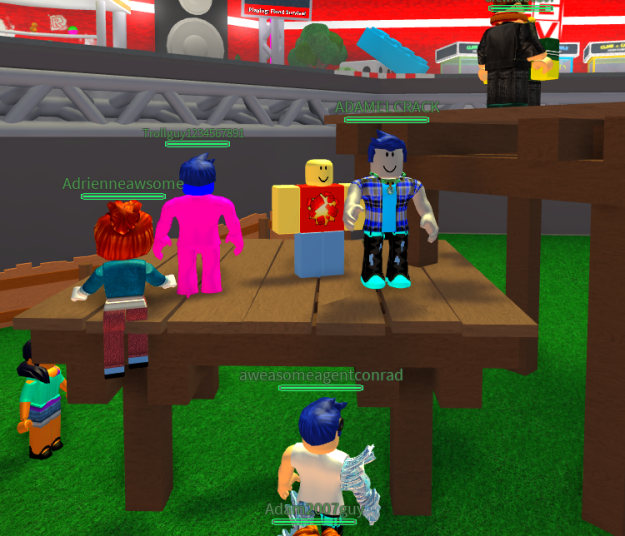 If you want a closer look at the supports, here they are in the King of the Hill minigame, another reminder of why you should check assets before reusing them in-game. Luckily, the rest of the grain on the platforms was fine. 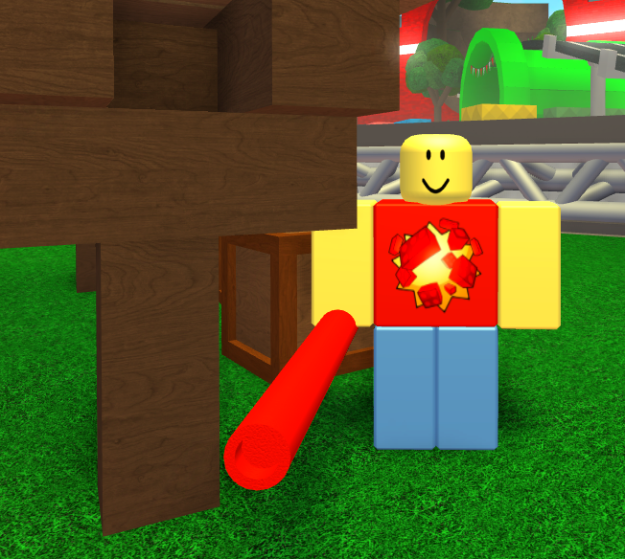 Speaking of wood grain, as is tradition when I review places I need to check the crates. Thankfully the crates here were fine and had proper wood grain. 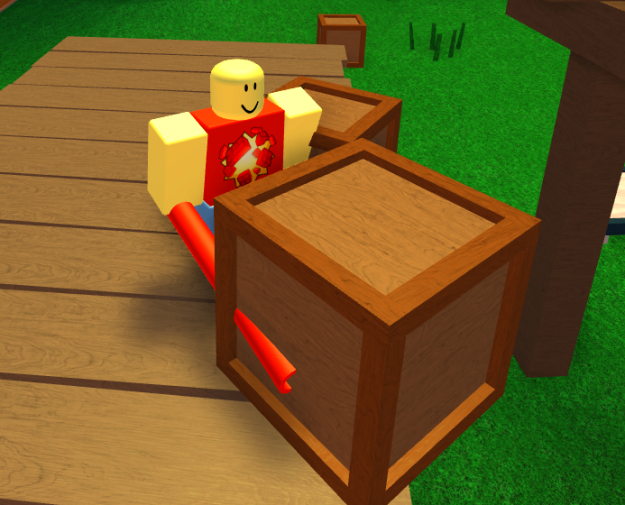 The last item from the minigames was this tree. For those unfamiliar with wood grain on trees, I am OK with horizontal and vertical grain, since wood grain is being used to represent bark and bark can either go along branches, or wrap around a tree. However, I want the bark to be consistent, and in this case it isn’t; on the bottom the grain wraps around the tree, and higher up it goes along the length of the tree, vertically. It should be changed so it goes one way or the other. 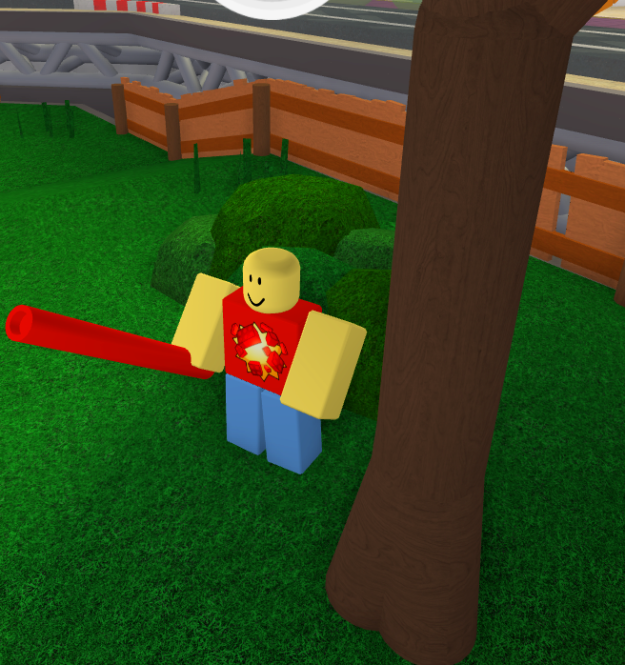 Unfortunately, those were the only two minigames that had anything to review; the others either had no wood grain or simply reused the tree/fence assets. The most obvious thing to inspect in the lobby was the floor. However, at first glance there was nothing to inspect; the top of the wooden planks was correct, and you couldn’t see the sides because they were blocked off the metal trim. Or mostly blocked off; there was this small gap I found, probably less than .05 studs, that showed the planks had improper wood grain. This should be fixed, or the gap filled so I can’t see it. 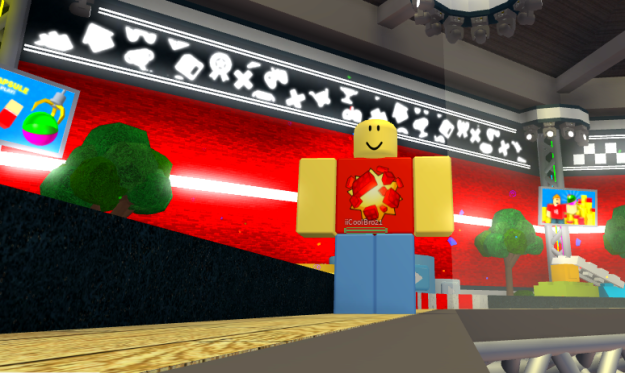 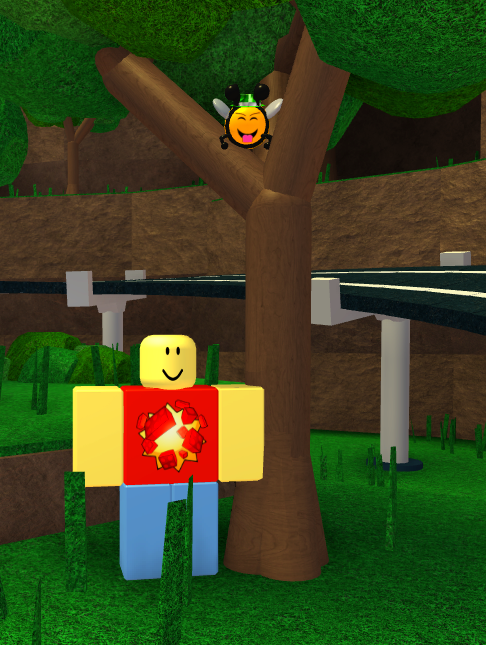 One last thing to make note of was this door frame. Currently it does have proper wood grain, but when I first played it it had improper wood grain. This is just a note to Zomebody and Wsly that I did see it, I just didn’t take a screenshot of it. 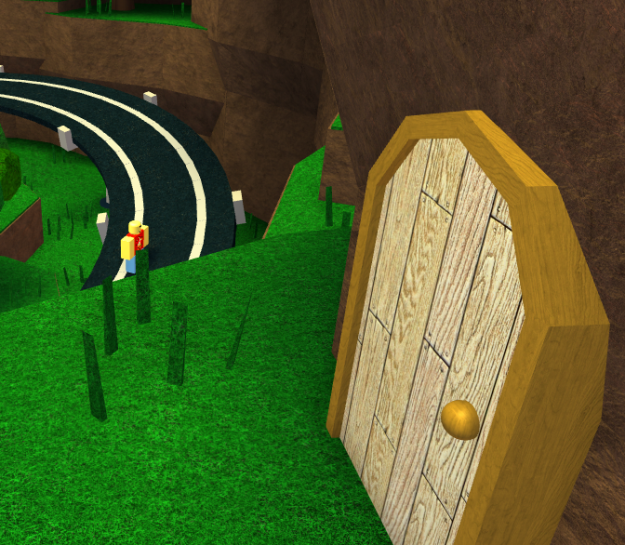