Hello there flickering devs of ROBLOX, WoodReviewer here, it is time once again to take a look at some RBXDev offices. Of course, this week is texture clipping week, so instead of the usual focus on wood grain, today it is time to look at texture clipping. Now this is not a normal review where I look at some offices, but rather a general one where I look at most and point out issues that I see with some offices and discuss issues with them, or show off how some devs decided to fix issues with texture clipping. Now, for this I am going to be looking at the place in studio, because I have a friend in the RBXDev group that gave me a copy of it.

First off is something that I forgot about. You see, to have texture clipping bricks need to have a texture that can clip. One thing that I forgot is that currently ROBLOX has 2 textures, neon and smooth plastic, that lack normal textures and as a result do no clip as long as the bricks that intersect are the same color. This is used in the main lobby for the floor of the RBX Dev offices. However, if the colors are changed, clipping returns. 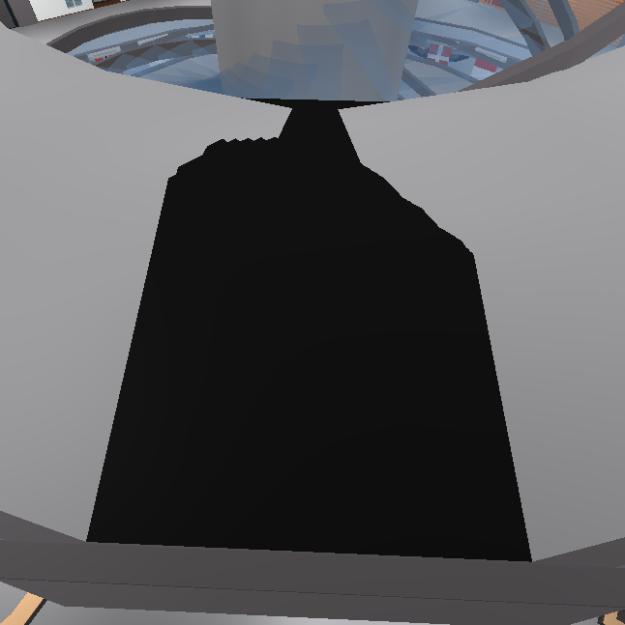 The primary focus on this post will be texture clipping in GuestCapone’s office. To make it easier to work with, I’ve removed his office from the building. The first issue with texture clipping was right by his entrance with his rug. He used a mesh and increased the mesh’s scale by 1.001 times normal, so the yellow stripes were .0005 studs above the main red rug. This caused some pretty obvious texture clipping even up close. 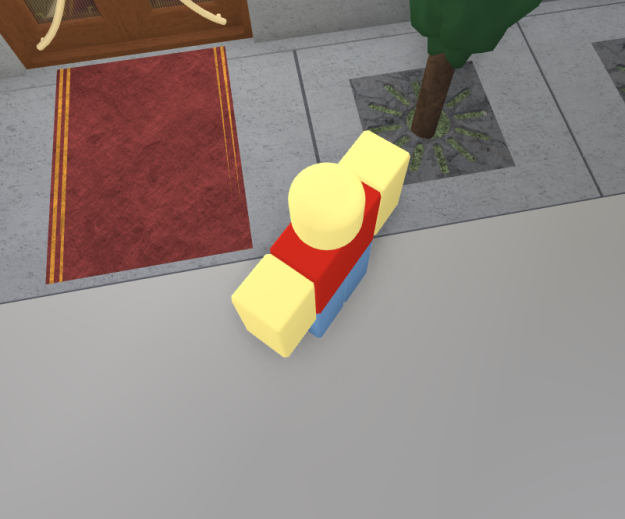 To fix it I increased the mesh scale to 1.01. This gave the mesh an offset of .005 per side, and removed the texture clipping. 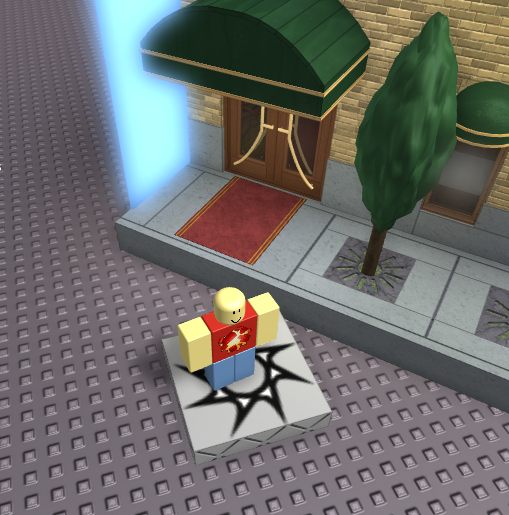 However, at farther distances this caused the texture clipping to return. Even just one or two zoom levels. 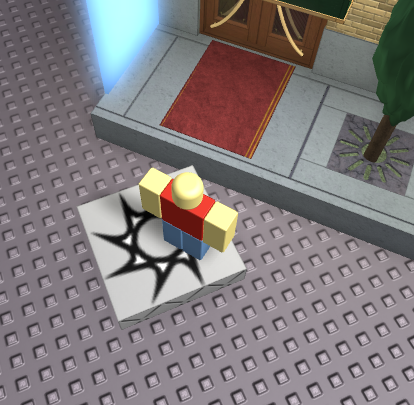 Ultimately something more than .01 of a mesh offset was needed. .02 or greater seemed to work, atleast withing a reasonable viewing distance for the rug. 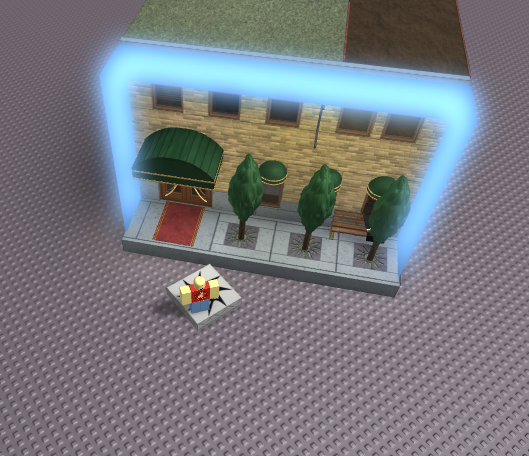 There are several ways to fix this. Personally, I think resizing the horizontal parts is the easiest; doesn’t increase the brick count and actually looks more realistic. Next up inside was this sink. Against, I changed the colors so they better show the texture clipping. It was visible without it, but it could be hard to see. The approach I took was to simple resize the faucet so they didn’t clip. There were several ways I could have done this; either making them not-intersect, resizing the base, resizing the horizontal part, or a combination of both. In the end, as long as they don’t clip is is simply user preference as to make them not clip. One small issue I noticed was under the tables, there some of the supports had duplicate bricks in the exact same location. I’m not sure why they were like this, but the simplest solution was to delete the duplicate brick like I did for the table support in the background. 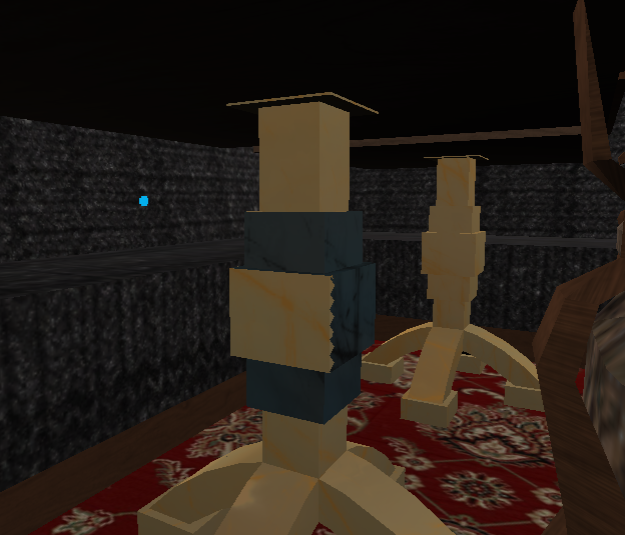 Next up is the last example of texure clipping for the day, and is this trim on a staircase. This is hard to fix, not just because of the fact there is clipping, but because there is wood grain that also needs to be correct. 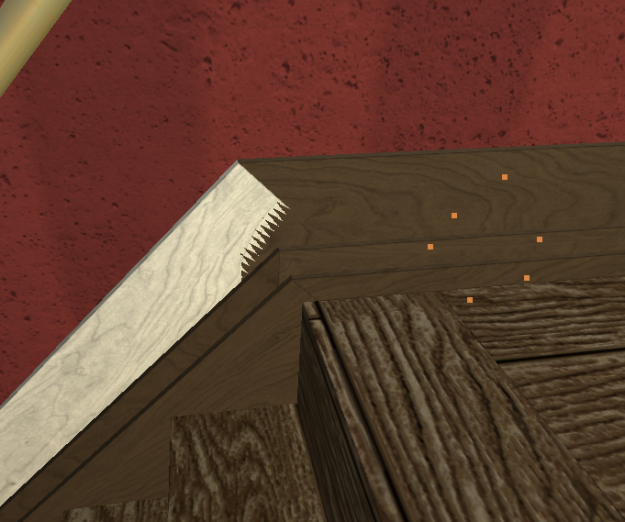 This is a good excuse to use unions, though. First, I duplicated and negated one of the offending bricks. 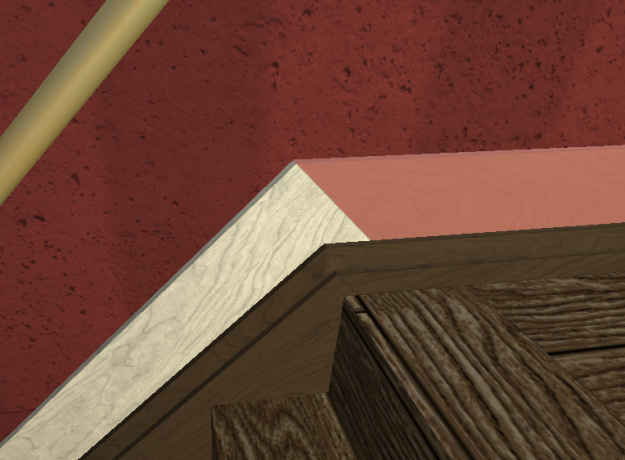 And then simply negated it from the other. In this case, the white brick is the union and brown is not. If you want a cleaner edge you can go check out my blog post on how to make corners and use a similar technique, but that involves two unions while this one only involves one. 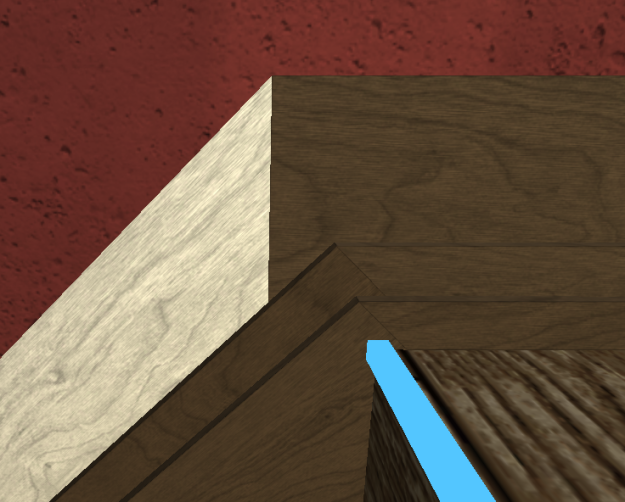