Hello classic game lovers, WoodReviewer here. Today I am taking a look at a classic map on ROBLOX, Crossroads. But not the classic one that a surprisingly large amount of ROBLOX’s current populations has probably never played, but the Remastered Version by spideyrulz which probably even fewer people know exist. 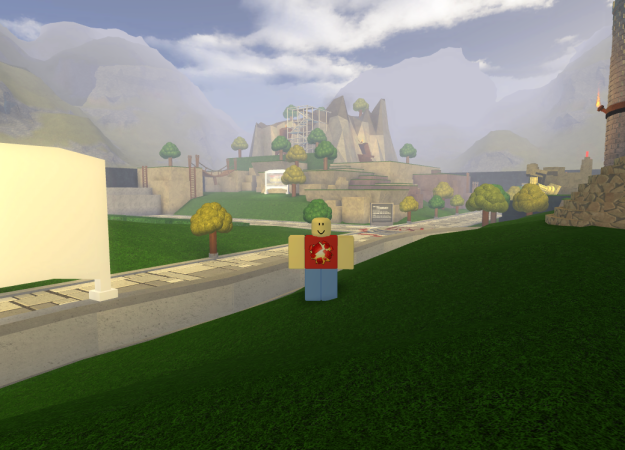 This is not the first attempt at a Crossroads remake I have seen. Or second. Or third. I mean, there are dozens of remakes, so much so that even Shedletsky has made a couple of times. So why did I choose this one to review? Because it has bad wood grain of course while most of the other remakes are simply all smooth plastic. So, where to start with the improper wood grain? How about on the bridge leading to the castle. The most noticeable issue here is that the top of the railings have improper wood grain.

Moving inside the castle area there are even more example of improper wood grain. One of the most obvious are the supports for the roof of the small vendor stands that are around the castle. Another less obvious issue, for most people, is the incorrect orientation of the top face of the wooden planks on the counter and shelves behind it.

It was obvious to me that the counter wasn’t correct

Here is a slightly better view of the overall shape of the frame for the houses. It is also a good view of the ax grinder in front of the house, which has improper wood grain on the legs. This is a major issue as the last thing you want while using a fast-spining wheel to sharpen your heavy and very sharp ax is for the legs that support the wheel to collapse and possibly cause you to loose grip on your ax. 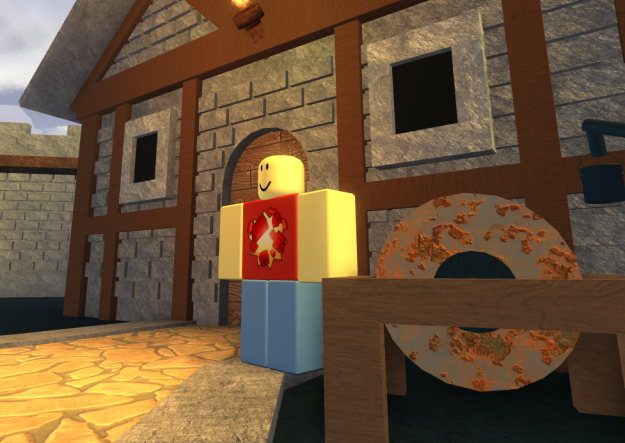 Leaving the castle area, the next part of the map that I went to was the tower part. This was mostly lacking in the wood grain department, aside from this bench. Much like the counter at the small stand, the top face of it had incorrect wood grain compared to the front face. Leaving the tower section, the last area to inspect was the mountain. To get there you either need to walk across the ground like a peasant, or walk across some bridges. In this version, the bridges were rope bridges. However, there was a flaw with these bridges, in that the support poles that hold the ropes had improper horizontal wood grain. 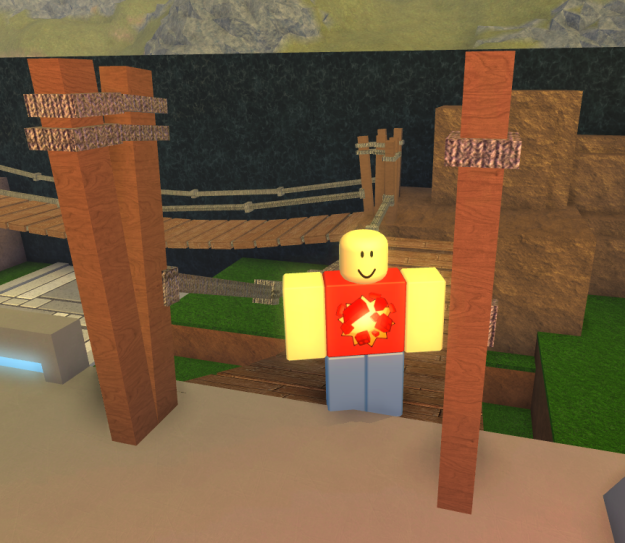 In addition to the poles, the actual boards that made up the bridge were incorrect. The front texture that most faces the camera should be vertical, so that the lines in between the individual boards matches with the gaps between the boards on the top and bottom of the texture. 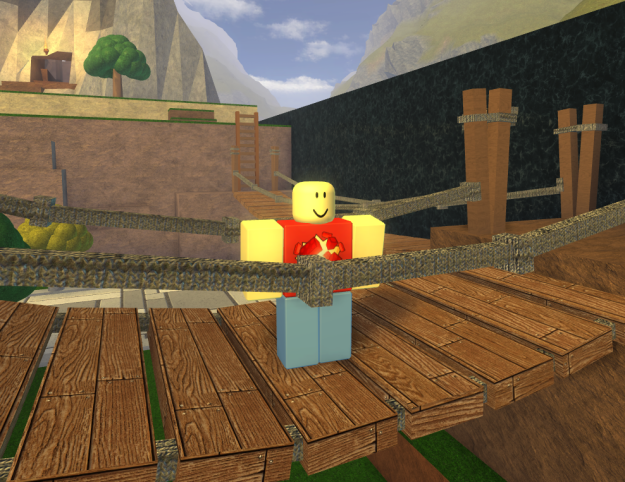 The last major issue with bad wood grain in this “remastered” version of Crossroads was in some scaffolding leading up to the top of the mountain. The wood grain on these planks should follow the planks, lengthwise. But it does not. This makes it extremely likely to break, instead of bending like normal scaffolding does. 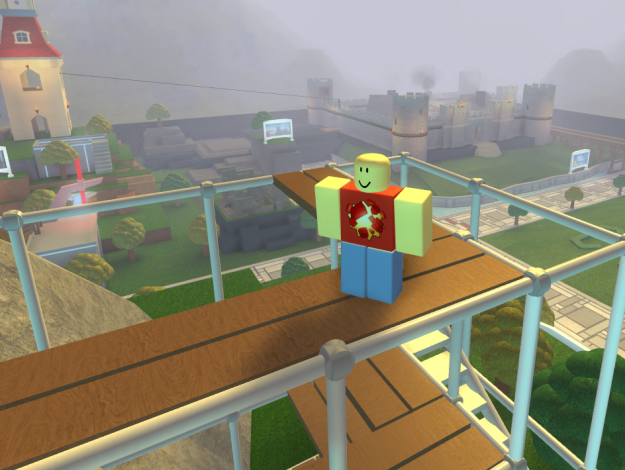 And that was most of the game. There were other small examples of improper wood grain, such as the benches beneath the tower being reused multiple times, but I did not feel that it was necessary to look at the same model over and over again and point out the same flaw. I only like to point out the same flaws over and over on different models; huge difference. But how was the game itself? Was the game good enough to be a worthy successor to the classic Crossroads?