Hello multiplayer survival crafting and hunger management with a touch of base building game fans of Roblox, WoodReviewer here, and today I am taking a look at the game that overthrew Jailbreak if you don’t understand that the games page on PC only shows PC players and not the total count of all players on all platforms, Booga Booga by Soybeen. Well, atleast the current game. The game is currently in pre-alpha, which basically means it isn’t done so you shouldn’t criticize it or offer any feedback at all on it. Because it isn’t done. I am sure most people respect this, but it is a 100% true fact that Asimo kept Jailbreak in Beta for an extra 3 months just to keep me from reviewing it, so I just ignore what status games are and simply review them how they are. So, how is Booga Booga? 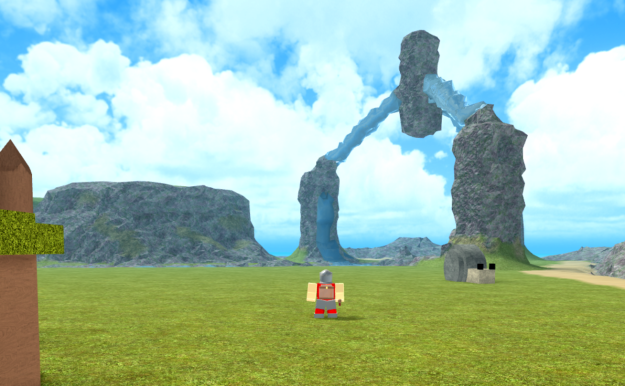 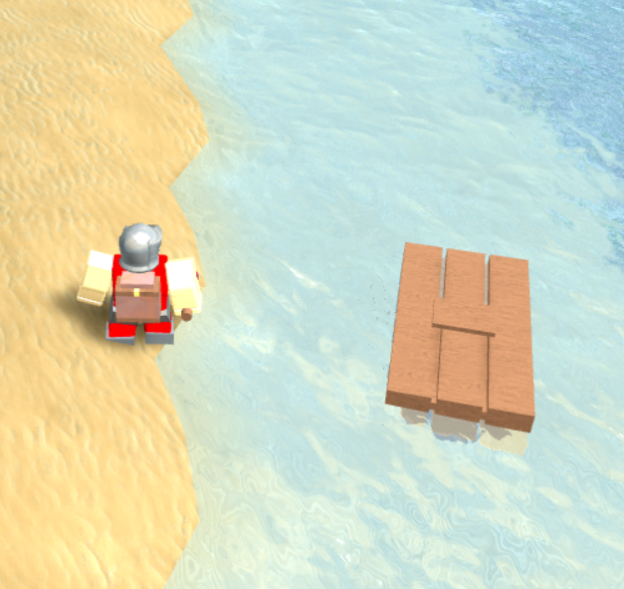 “But WoodReviewer” you may be thinking “how do you know those rafts aren’t just square logs, and the wood grain is just bark?” Good question. Honestly, I’m not sure for the raft. However, if there were one structure in the game that had both vertical and horizontal wood grain on it so there was no way to claim that it was just made of sticks and logs with the natural bark…

Still, one could make a small, if very poor, argument that the different pieces of wood are made of different trees, and one tree had horizontal bark while the other tree has vertical bark. The only way to completely dispel this argument, outside of the normal “you just don’t want to admit you are wrong” argument, would be to provide proof one wood which has both horizontal and vertical wood grain on one piece. Luckily, one such example of exactly this exists on the outer frame for the egg nests.

And a second example of this also exists on the planter piece, only this time only half of the sides have the problem for some reason.

So, now that the “it is just bark” argument is out of the way, lets look at some more normal examples of improper wood grain hidden in buildable structures. One of the first examples I saw was in this dock. The top planks were correct, however the supports for the planks were incorrect. They should have wood grain that stretches along the length of the dock, in this case from the shore to the water, but instead it goes perpendicular to the length of the dock. 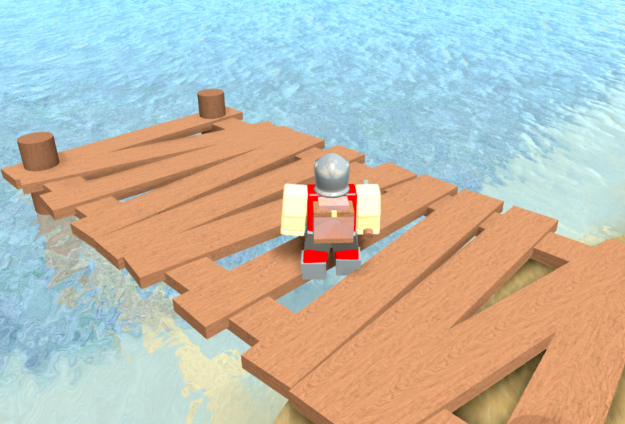 And that is where this review was meant to end. This is, until the most recent set of updates came out. I know the shark riding update just came out like 5 minutes ago, but after a quick look I saw nothing added that contained wood grain. The market update, however, did add a market that is made out of wood, and as you would guess, it has bad wood grain. The biggest issue here is with the supports for the trade sign, which have horizontal instead of vertical wood grain, and the top faces of the input and output for the trade areas have improper wood grain, much like the egg nest.

So, how was the game overall? Not good. Despite still being unfinished, there are nearly a dozen examples of improper wood grain throughout the only two or three dozen finished models in the game. Of course one can argue that the game is still unfinished and as such it is unfair to criticize the bad wood grain here, but the wood grain needs to be fixed eventually. It is better to remove the small sapling that is the improper wood grain now than to deal with an entire forest a year or two down the line when the game is actually finished.