Hello there people with too much free time, WoodReviewer here, and today I am going to be taking a look at Yu-Gi-Oh GX by  AbstractAlex. To be completely honest, I did not really play this game as much as walk through it. I never got into Yu-Gi-Oh, even though it was popular both times I was in the 7th grade, so I was not familiar with the card stuff.  Also I haven’t watched any anime shows since King of the Hill got cancelled so I’m not sure why people kept shouting  “goa way” and other anime lingo at me. Luckily, my understanding of anime culture is not important in evaluating wood, so lets look at wood. ZFightingReviewer is the real hero we need

This was the bed right near the spawning area of what appears to be the Communist Party of ROBLOX. I think. Anyway, the wooden supports on the beds were terrible, as is the wooden plank on the top of the bunk bed.

Next up we have this set of stairs. Both the railing and railing supports had improper wood grain, which is a major issue since the railing seems to be holding up the entire stair case. 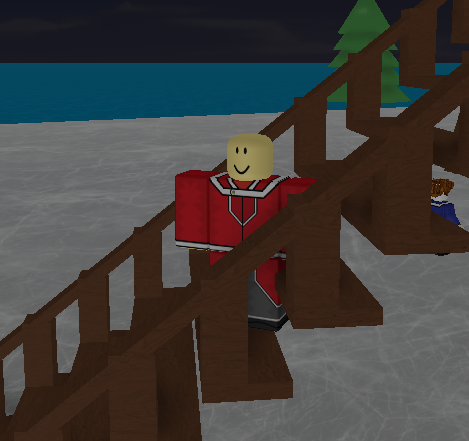 Next up we have the supports for the upper story of the Communist Party headquarters. It has bad wood grain, which is bad for load bearing beams. And do you see what is behind that beam? 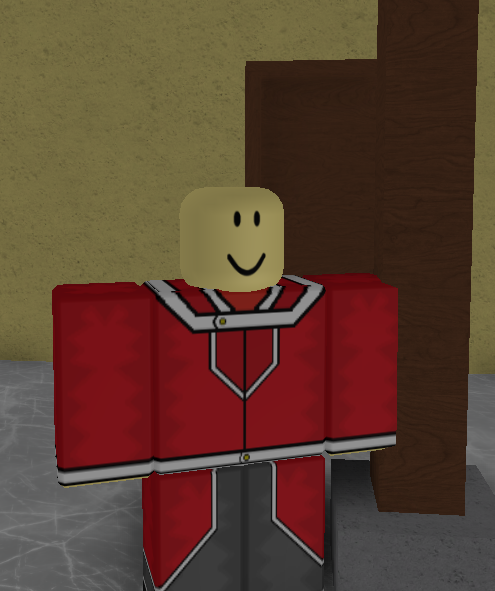 Yes, it is a door with bad wood grain. Luckily the door frame is still good, so that doesn’t have to be replaced every time the door shatters. 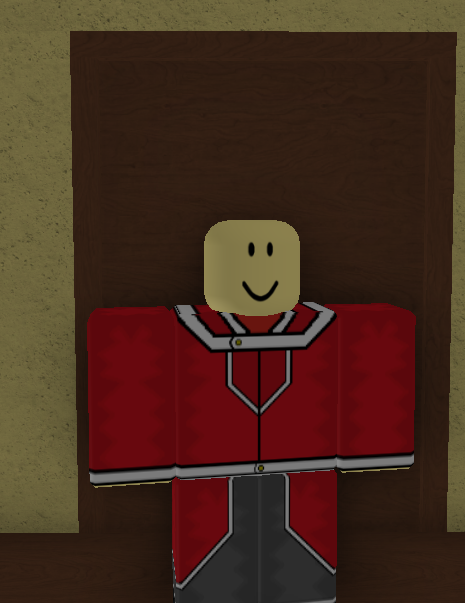 Next up there is this tree. 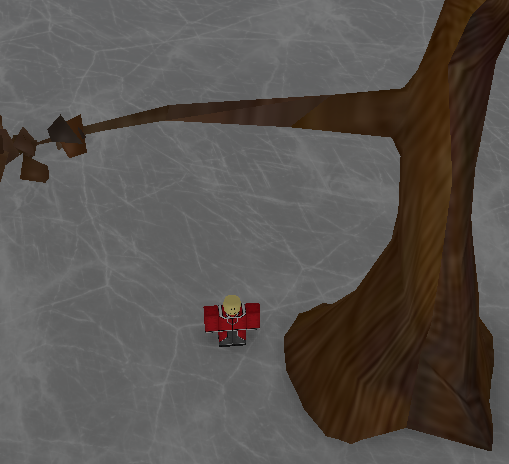 “But WoodReviewer, it is a mesh tree.”

Yes James, very observant but look at the texture. Let me highlight it a bit for you. 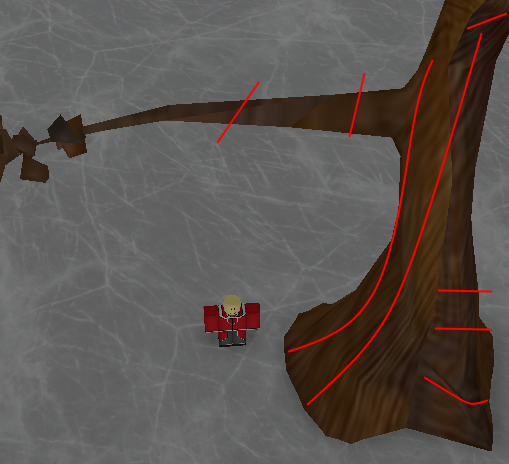 Those (poorly) drawn lines highlight the way the lines on the texture are going. On the branches they’re vertical; on some of the trunk they’re vertical, other parts horizontal. The lines on the wood grain should all be going the same way, so all vertical on the trunk and horizontal on the branch(since it is at a 90 degree angle to the trunk) or visa versa. Granted I’m not sure if this was an issue with ROBLOX’s texture or of the creator changed it, either way it is in-game and incorrect, so I will complain about it.

Next up on my journey through Yu-Gi-Oh land, I saw this bench. Look at the feet. It should be clear by now this is bad, but if it isn’t that is bad. 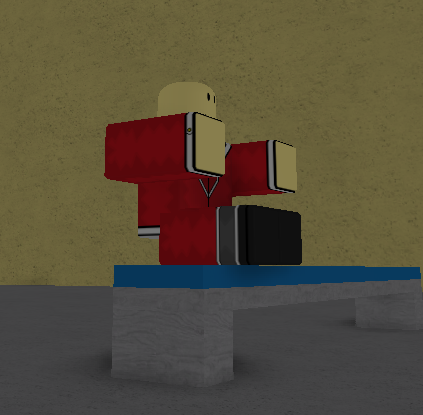 Like I’ve mentioned, I’m not into anime or Yu-Gi-Oh so I’m not entirely sure if I missed a crossover where Hogwarts went into Yu-Gi-Oh or if I’m just confused, but this building looks like Hogwarts to me. Granted I’ve never seen a Harry Potter movie either, so this may not really look like Hogwarts, but that’s what I’m calling it. 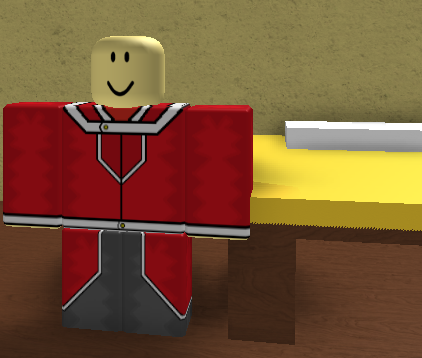 Next up, this ladder. It had bad wood grain on the vertical supports, which is bad if you don’t want the ladder to collapse. 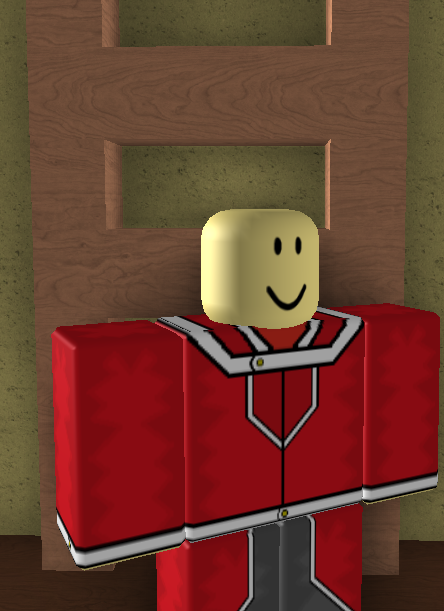 Last for Hogwarts was this window. The wooden frames on it were bad, meaning they would easily break if someone flew a broom into it or something. 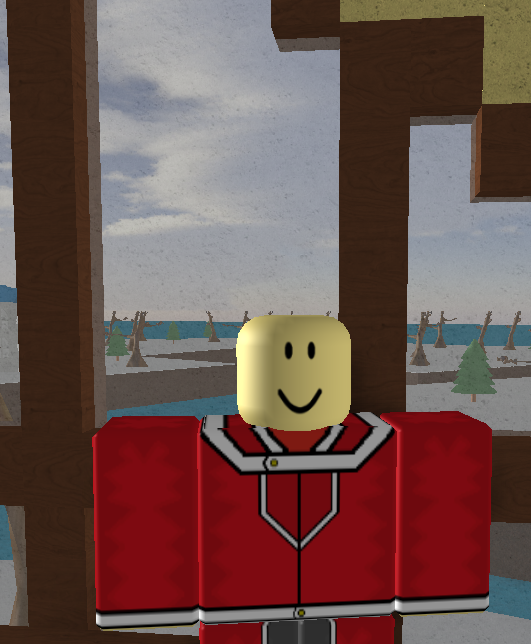 And for the last stop in Yu-Gi-Oh land, there is this door on a white building. The only bad wood grain was on the door, so not worth me trying to name it something. 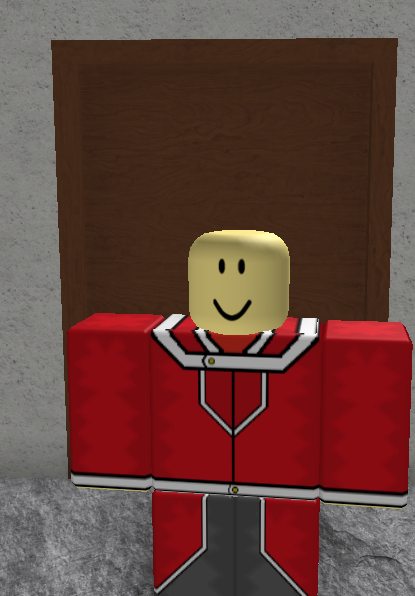 Overall, the wood grain in Yu-Gi-Oh land was fairly poor. About average in terms of what I review, but the Titanic also has an about average ability to float compared to the Bismark. So not good. In addition I am well aware that this game may not be entirely legal, since Yu-Gi-Oh is an actual brand of card games, and seeing as this game is based on playing the card game, the makers of Yu-Gi-Oh may not like it. Obviously I can’t speak on behalf of multinational corporations, but if I did I would take this game down just out of spite for having bad wood grain. Granted most companies care more about profit, but I’m jut here to look at wood.