Hello Dave, WoodReviewer here, today I am taking my last look at endorsed models, for now. You see, on the Dev Forum a new thread was made about the model maker program and I was hoping that people would submit models that I could inspect, however no one has submitted any models yet. So I can’t review them. Anyway, onto the last of the old endorsed models, and today we take a look at EndorsedModel’s endorsed models. But only two. However, these are the largest and most complex models, and also have the most improper wood grain. One small correction, however. Originally, this was suppose to look at DataBrain’s Wood Grain Fixer plugin, but that has been delayed and will be its own blog post, probably later this week. I will still feature a model from here in that post, but I have enough content to split that off into its own post. Now, enough wood cleaning, back to wood reviewing.

First up with have this large gazebo. As you can see, it is made mostly out of wood. Sadly, a large portion of the wood grain was incorrect. Lets take a closer look at the stairs, for example.

As you can see on the left for the original model, the stair supports had improper wood grain with the long way the wood was going having short wood grain. I fixed this first my making the stair case supports a union and fixed the wood grain at the same time. Next I added a board to the bottom, because the unions messed with how the model interacted with the ground. Continuing from the bottom, there was this lattice near the bottom of the gazebo. Most of it had improper wood grain, which involved a simple texture flip.

Next on the journey up the gazebo was the railing and railing supports. The supports had a simple case of bad wood grain, as did the larger main supports for the gazebo. Not only would the person fall out of a gazebo, but there would be a good chance they took the whole thing down with them.

Lastly was the little opening at the top of the gazebo. The small supports had improper wood grain, which would cause the roof to collapse.

That is most of the issues for the gazebo with the fixed version here. There were more issues, but most were repeats of others and small. I could be here for about another two dozen pictures with issues. But speaking of a bunch of small issues, lets look at the dilapidated house that EndorsedModel made. This is also mostly wood, and has about 320 bricks. Of those 320, 260 had bad wood grain in some sort. Yeah, there was a lot to fix.

Now, before I continue I want to comment on some weird wood grain like this piece in red. This will be talked about in my post on the wood grain plugin, which is why it was originally suppose to be in this blog, but was moved. Now onto the main course. 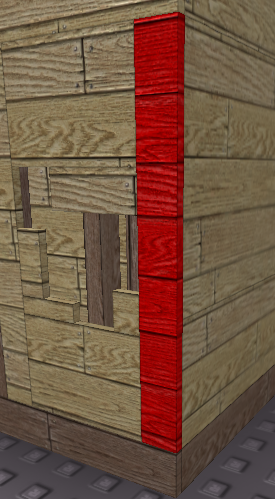 Most of the wood grain here is a comple case of flipping textures, no CSG or anything complex. It was just the sheer amount of it that needed to be fixed that is noteworthy. Look at the door and window frame here.

Inside there were several main areas of bad grain. One was in the ceiling. 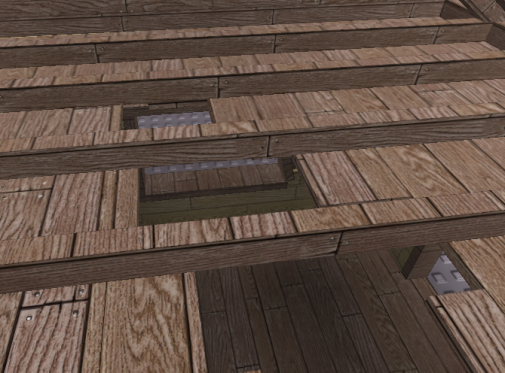 Main issue here were the beams with bad wood grain on the top. This issue was also seen in the flooring. 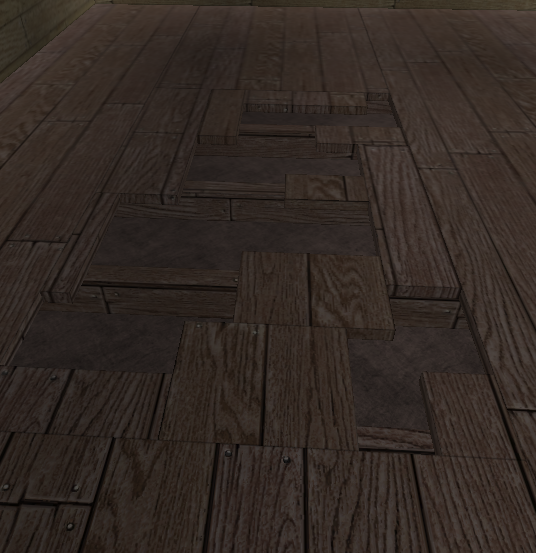 And speaking of beams, the main walls and outdoor garage/shed also had bad wood grain on the supports. 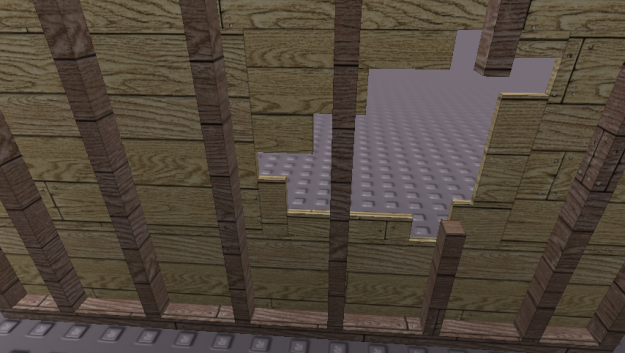 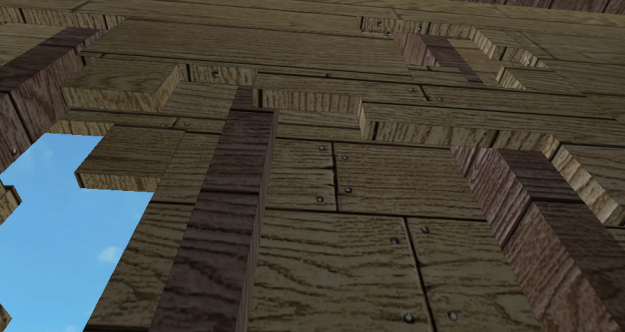 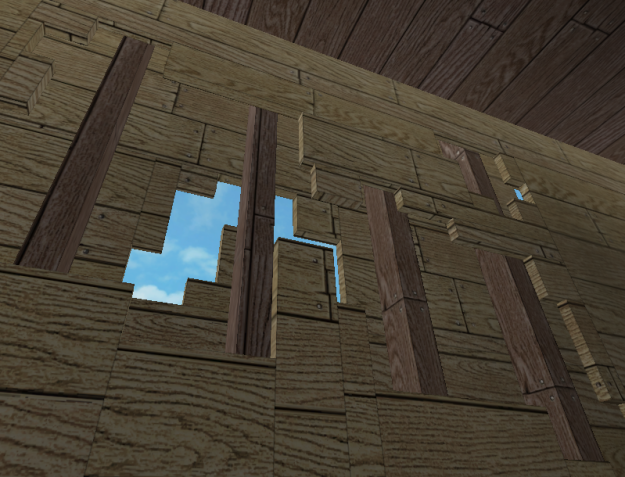 And now the Fixed version.

“WoodReviewer, you changed other stuff”

Very Observant. Yes, I did. You see, sheets of planks have a new property I haven’t mentioned yet: They’re boards. Look at these two images, for example.

As you can see on the top, the gap in the boards goes front to back. But in the first image, they go side-to-side, and on the second they go up and down. Now, one side will always have extra gaps, but you can minimize them.

In the first image, the top and front gaps line up. In the second, they don’t, but the wood grain still goes the same way. The extra gap lines are just an issue with the texture. I fixed this in most of the walls and floors in the house, but it is awkward to explain without solid examples.

So overall how were these models? I saved the worse for last. The amount of wood that needed to be fixed was insane; somewhere between 75-80% for these models. However, as I mentioned these are the last of the models that I am reviewing from the first set of endorsed models. If you want to see more models reviewed, please submit more models for the model maker program on the dev forum. And if you are EndorsedModel, I’ll be waiting for your next submissions.