Psst. Looking for an easy fix? A nice simple way to press a button and have all your troubles go away? Something that is too good to be true? Well, WoodReviewer here, and I’m here to tell you why there is no such thing as a simple plugin to fix wood grain.

As of posting this, there is only one wood grain fixer plugin, Fix Wood Grain Direction by DataBrain. This post is not to rag on the plugin; it could also be called “Exceptions to the normal rules of wood grain.” It SHOULD be called that, however people keep asking me about this plugin, other keep recommending it, and while it is good, it is not perfect. So, lets start down the list of why it is not perfect.

Most of the rest of this blog will be not criticizing the plugin, but explaining why it won’t work on certain things. This is my only criticism; it doesn’t fix wooden planks correctly. Look at this part. 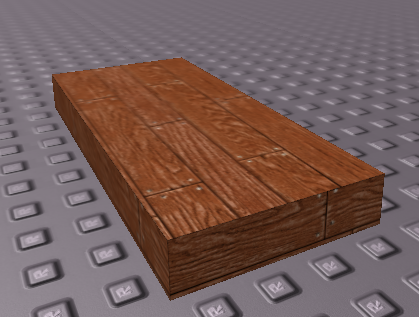 The front edge is wrong. It should look like this.

The plugin doesn’t account for this, so all wooden planks need to be checked manually after running the plugin.

The Whole, not the Part

One thing that it is important to remember is that when people build things they are often sacrificing detail for performance. That is partially why textures exist; why make 40 wooden boards and nails when you can just put a wooden plank texture and save on brick count? This also means that sometimes you make stuff that has improper wood grain for a part, but the wood grain for the entire object is fine. Look at this piece of wood. 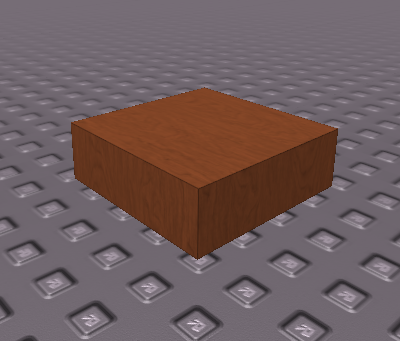 Does it have proper wood grain? Not really; it should go across on one side rather than vertical. But here is the same piece of wood, in a different context. 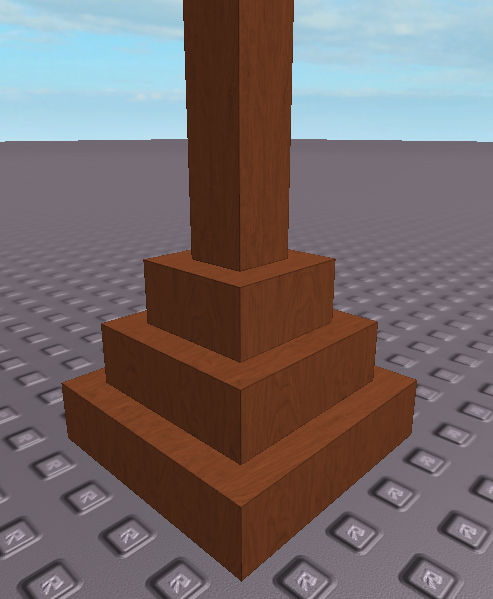 The wood is now part of the column. Overall, the column has good wood grain if you consider the entire thing to be one part, but the parts that make it up have bad wood grain. Bringing it back to the texture fix plugin, this is what happens if you run it.

Yeah. That is not correct. However, it is impossible to program this in since while the bricks are fixed, there is no way for it to judge the context around them. Another example? Look at this plank. 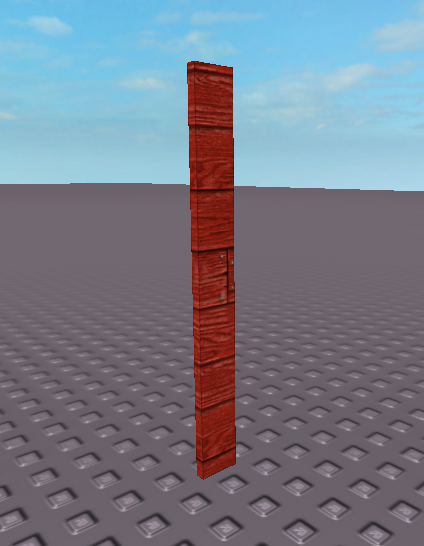 It looks bad. But does it seem familiar?

That’s right; it is from Endorsed Models Part 5. What we have here is some wooden siding with some pieces missing. In this case, the horizontal grain on the planks is correct, because that is how all siding goes, the red brick is just awkward because it is taller than wider. That is what the fixer plugin sees. 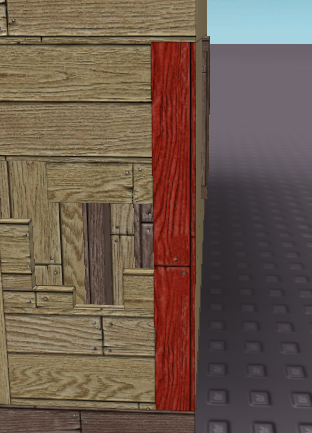 And then it makes bad wood grain, relative to the rest of the house. One last example.

This is the edge of a floor. The creator wants it to look jagged, but wants to save on part count so they have each broken piece cover about two planks. If the textures lined up properly, looking at you ROBLOX, this would be fine and you couldn’t tell, especially if you CSG’ed it so it had one texture. However, the texture fix plugin doesn’t see that, so it thinks this is the correct way.

It is not. These are just a few examples of what I’m talking about. There are more. If you have trees with horizontal wood grain and run the plugin, they will be incorrect; if you have something where a piece of wood is sticking out of somewhere, like an adobe house, but because most of the wood isn’t visible you don’t generate it can mess it up.

It doesn’t fix unions. All unions stuff needs to be done manually. In addition, wedges and corner wedges can be odd, depending on the context, and because they can’t flip textures the only way to fix them is with the union texture trick. That probably requires another blog. Another problem is that it can mess up with cylinders. Look at this cylinder.

As a floor, it looks fine. However, size wise, it is not. On the closest side, the wood grain is vertical; ok for now because there is no better way, but the plugin tries to fix it, and creates this.

What happened? It rotated the orientation of the cylinder. Before it was .2 studs tall, 40 studs width on both sides. The plugin changed it so not it is 40 studs tall, with a .2 stud width and a 40 stud width, which creates this small cylinder. While proper wood grain is achieved, this is not what the builder wants.

To be completely clear, I am talking about the regular meshes people use, mainly cylinder and brick meshes. I am not talking about hat meshes or other special meshes people use because, well, I never use them. The plugin does work just fine on the brick mesh. However, if you do an special scaling of offset with the mesh, the plugin may mess with those settings. Remember, it changes the orientation of the brick is changed, so if the mesh has a .5 scale on the x axis of the brick and the brick is rotated, it may now have a .5 scale relative to the z axis. 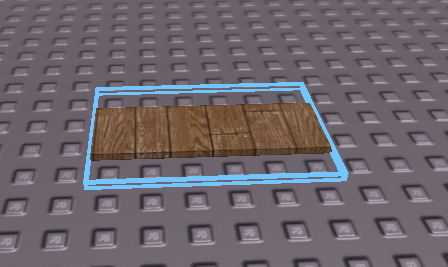 That is the mesh before. The creator wanted it to be half as wide is it is because reasons; or maybe they want it twice as wide as it should be. Point is, the scale of the mesh is changed. Now if we run the plugin, this happens.

Proper wood grain, yes, but it is not how you want it to look. Yes, you’d have to change the mesh scale no matter what to fix the wood grain, but the point is the plugin doesn’t fix everything automatically, you still need to look it over yourself.

To be clear, this is not meant to bash DataBrain; the plugin is useful and when used properly on models can save time. But everyone knew that already. This post was meant to cut down on people mindlessly linking the plugin thinking it would fix everything, because it won’t. This list may even be a bit short since I’m certain I’m forgetting something. Yes, this will fix 95%+ of wood bad wood grain I see in stuff that isn’t CSG, especially the chair legs, but it is not the end all of be all people have been wrongly suggesting.