It is fixed. It has been fixed for like 3 months now. Please stop using the old one. I believe it has been featured in no less than a dozen blog posts so far. Please, used the fixed version.

Next up is this book shelf by EndorsedModel, a user whose name I am 90% certain was made just to cause the spell checker in Chrome light up like  Christmas tree. Like Quenty’s create, this was featured in an earlier post. Unlike his crate, however, it was not fixed. Click here for the post on it. 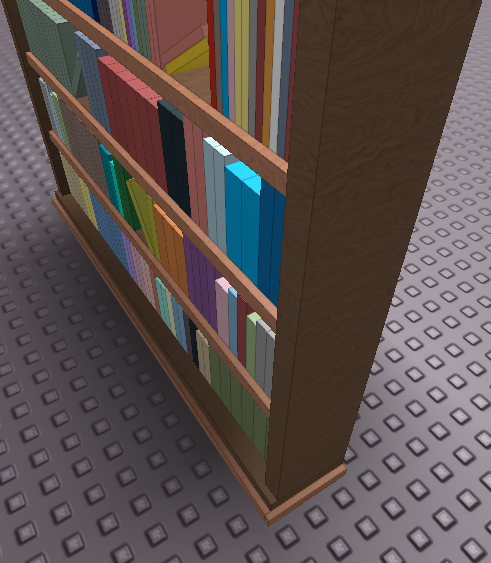 Moving on from models I covered in the past, it is time to take a look at some recently endorsed models that were endorsed after I originally started this series of posts. First up, this desk and book shelf combo by EndorsedModel.

Overall, for the actual desk and bookshelf there as very little bad wood grain. The main issue with it were the end supports for it.

However, there were some issues with props on the shelves. First, this little clam knick-knacks on the shelf. 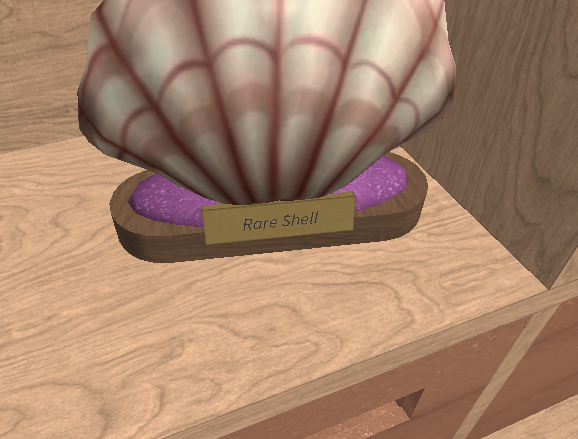 On the base the wood grain should go one rounded end to the other. This was fairly simple to fix, just requiring a separation of the union and then a reunioning to ensure the wood grain was correct.

The union away so you can see how it should look

Now too hard to fix.

Next up were these book shelf holders. The problem here is that the entire wooden section was one union, and as a result the vertical part had entirely bad wood grain. Not that the base had good wood grain, but the top had bad wood grain for certain.

Is is impossible to have this as one union and for it to have proper wood grain, so I simply separated the union and rotated the parts. I also resized the base to make it sorter so that there would be no texture clipping with the vertical piece. Here is my fixed version, for reference. 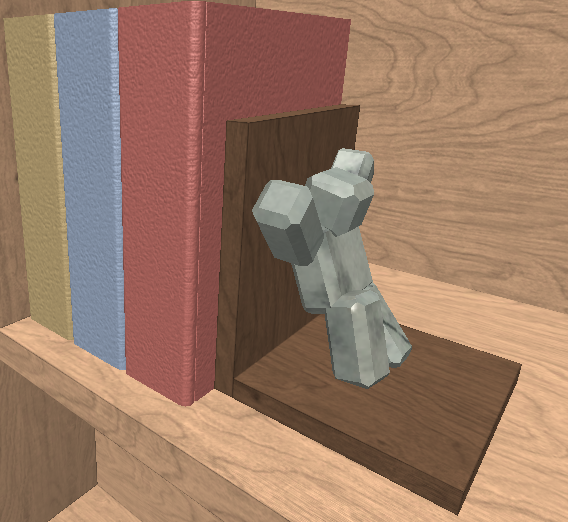 Next was another one of EndorsedModel’s bookshelves. The main vertical support was improper with horizontal, rather than vertical wood grain.

Luckily, it was just a simple texture flip to fix. 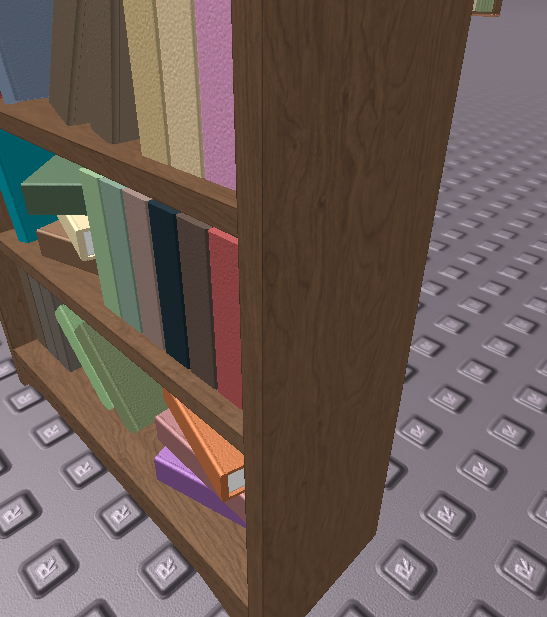 There was one more smaller issue with the grain. The bottom had this little arch on the bottom made of wedges. The issue was that the wedges had some wood grain that did not match the rest of the arch. 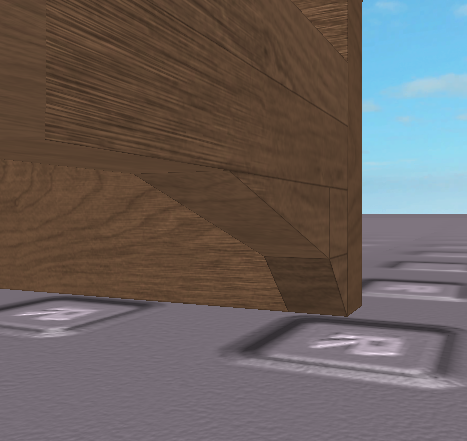 Wedges are hard to fix, so the easiest way to fix it was to union them together and to have the union have proper wood grain.  Here is the fixed version. 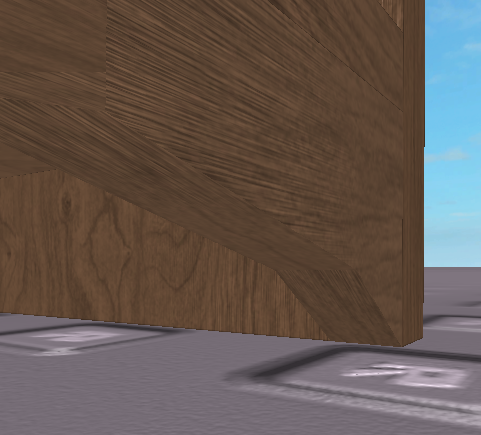 That is the book shelf segment of this blog post done. Next is the crate portion. First up is not one crate, but three crates by EndorsedModel. The person. Again, his username makes this blog posts confusing to write some times.

All 3 were basically the same, but with varying numbers of crossbeams. The issue here were the improper wood grain on the vertical supports. 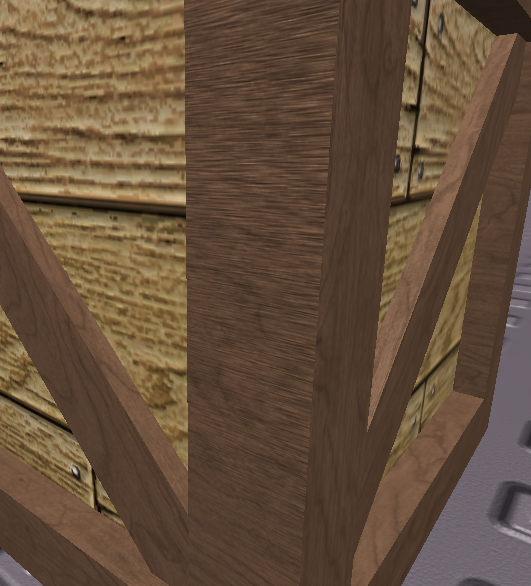 A few quick texture flips and some minor resizing to fix some texture clipping, this was the result. All in all, not that bad to fix. But based on Quenty’s crates, these crates are already in approximately 50 million places and will be for the rest of time, so for all that is right in the world please fix them fast. Here are the fixed crates. With the EndorsedModel part of this endorsed model blog over, it is time to look at another crate, this time by DataSynchronized.

Most of the wood grain here was correct. The issue was the wooden frame on the crate was one solid union. You can see it here.

The issue was that it needs to be broken up since all the parts can’t have proper wood grain with this union; it is simple impossible. It is possible to cut it down to 2-3 unions, but I fixed it by using regular parts.

And now the fixed version. One less union, but 12 more bricks. While some may not like the trade off, I like the proper wood grain.

That is all the endorsed models from this blog. There are many, many more endorsed models that I need to review and fix, atleast 6 blogs worth. But I will get to them in due time. Overall, these models were not too bad, with most part having proper wood grain. But no matter what, please fix the crates. I don’t want to have to make another blog post dedicated to only looking at crates.