Hello chocolate bunny lovers of Roblox, WoodReviewer here for yet another look at the 2018 Egg Hunt in what is a seemingly endless amount of blog posts on this one event. Today I am taking a look at the Easterbury Canals world. Also, spoiler alert, but tomorrow I will still be taking a look at Easterbury Canals because there is just too much improper wood grain to easily fit it into one post without my site lagging. I mean, I could do a 22 image blog post, but that just seems excessive, even for me.

So where should I start this blog post? How about right at spawn. Looking at a doorway, noticing improper wood grain all without having to move a single inch. No, this is not Deja Vu from the library, the developers just love making my job too easy by letting me point out the same issues in multiple areas. If you want to see the issues with the door, go back and ready part 1 on the library. 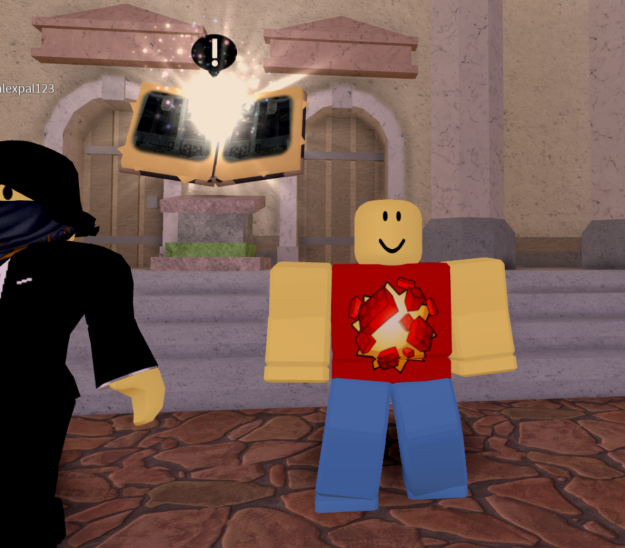 Continuing on through the town, and by “through” I mean walking about 30 studs away from spawn, was the merchant that appears in most of the main worlds and a few of the sub worlds. This time the merchant appeared with improper wood grain, this time on the vertical supports for the roof over his cart. 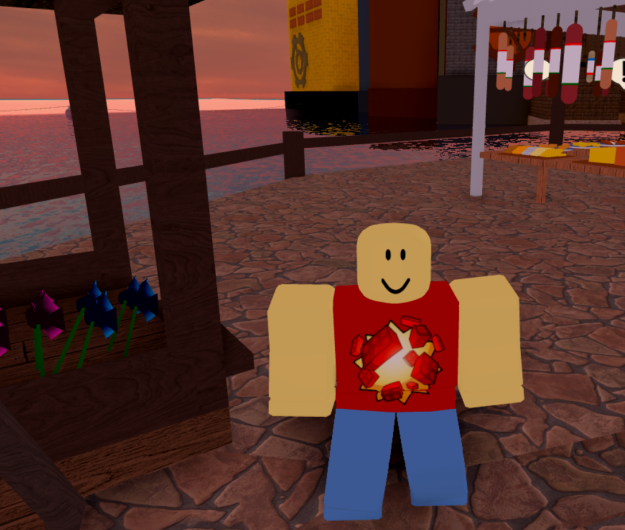 Next up, about 10 studs away from the previous issue and also in the view of the previous image, and here the issue was improper wood grain on the sides of the tables. The end grain, surprisingly, is actually correct on the front of the table, with the gaps lining up perfectly. The issue is on the sides closed to my character, which has vertical grain, not horizontal grain. 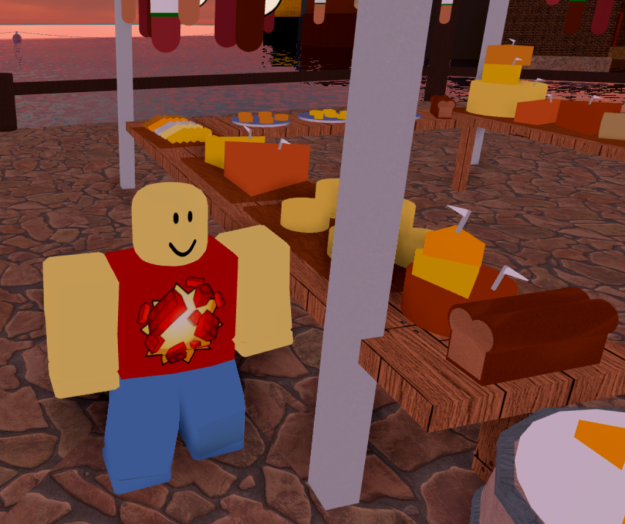 Next up, about 10 studs from the previous spot was this barrel with improper wood grain. Barrels should always have vertical wood grain, not grain that wraps around then. In addition, the bands that wrap around the barrel should be made out of something other than wood. Most likely metal or some type of heavy plastic. But not wood. 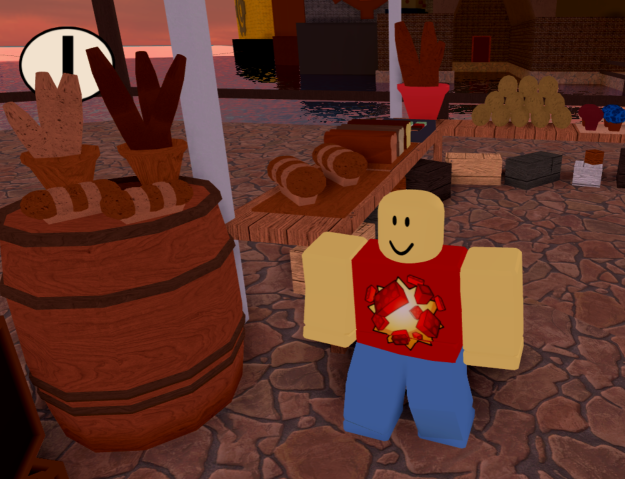 The next issue, again about 15 studs away from the previous issue, was with these cases of tomatoes(?) lemons(?) and over-sized grapes(?) that all had improper wood grain on one of the top faces of the crates. The face that was closest to the long side of the table was correct for all of the crates, but the other faces were incorrect. The issue was that all of the upper faces should have gone in the same direction as the side faces, which they clearly do not do. 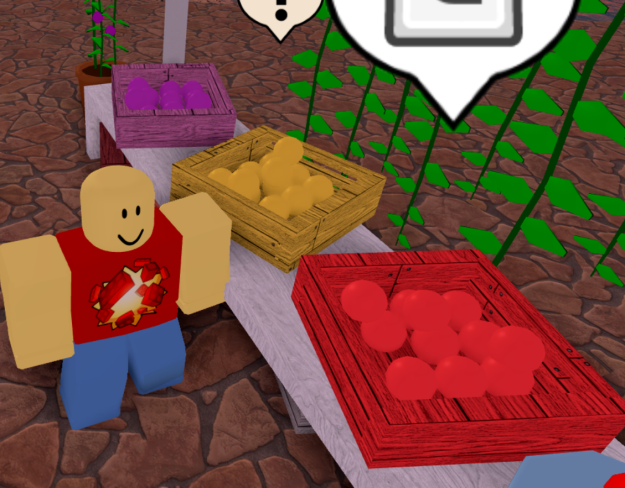 Finally getting away from the initial spawn area a bit, the fence surrounding the spawn island had improper wood grain. Well, not just this fence, but a majority of the fencing protecting people from falling into the canals had this issue. I don’t believe you can see it much in other pictures, but it is there. 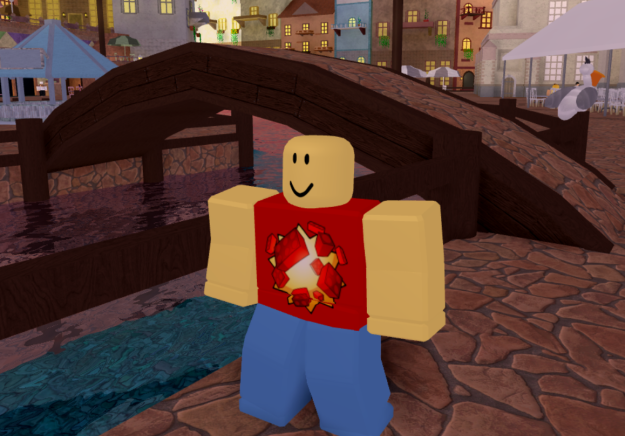 Next up, while technically just across the bridge from the spawn island but still atleast not on the spawn island, were these rocking chairs and table. Both had improper vertical wood grain on basically anything that could be vertical, with the chairs having the added bonus of having incorrect wood grain on the seat. Much like the railings above, these chairs and table appear throughout the map, with multiple copies of each being visible from most vantage points looking down a canal. 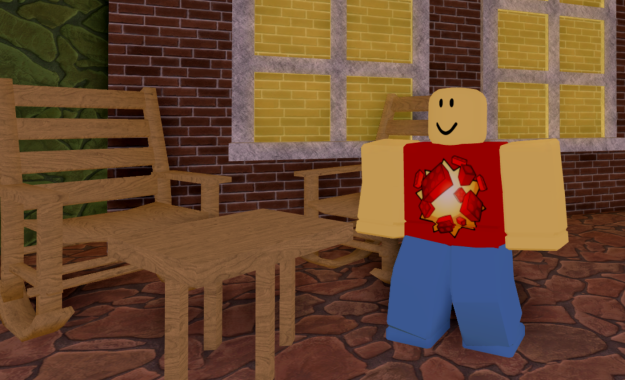 Next up, a staggering 50 studs away from the previous unique example of improper wood grain was this next example of improper wood grain. It was another railing, but this time it was a unique railing, because for some reason the boat docks need much more structurally strong railings than the average railings around the map. But in either case, the uppermost portion of the railing was incorrect, in the same was as the other railings were incorrect, just in a slightly different form factor this time. 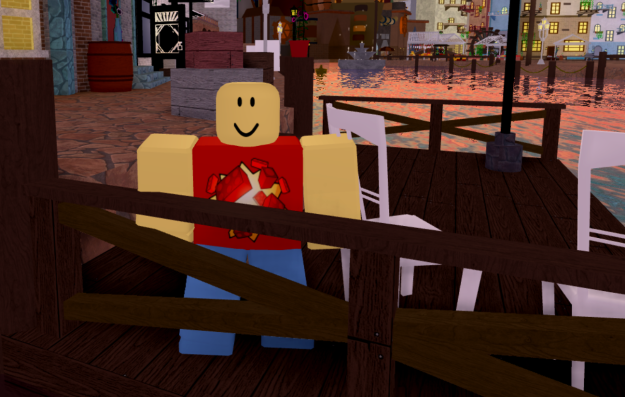 The next issue, still about 50 studs away from the previous but this time with a bit of vertical distance from the previous issue, was more improper railings. But this time on the railings for a balcony that doesn’t appear to have any actual door to get on said balcony, unless you just bust through the window that is right enclosed within the railings. Anyway, the issue here is the top face of the railing infront of my character. The planks on the top face should follow the planks on the front face. 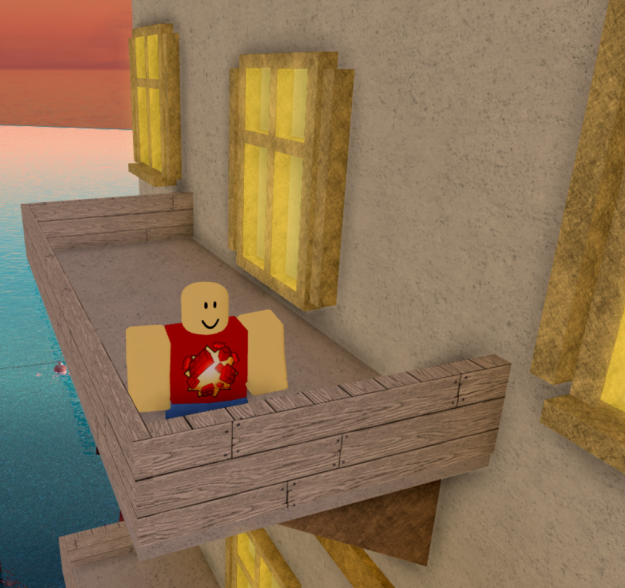 The next example of improper wood grain for today is this table. No, it is not the same table as from before. Much like the previous table, the table legs had improper horizontal wood grain, not the correct vertical wood grain. The top is also a bit suspect, but it is close enough to a square that I’ll let it slide for now. I mean, there are plenty of other place to knock points off that I may as well just not give games a review score.

Also, that is why I don’t give games a review score. 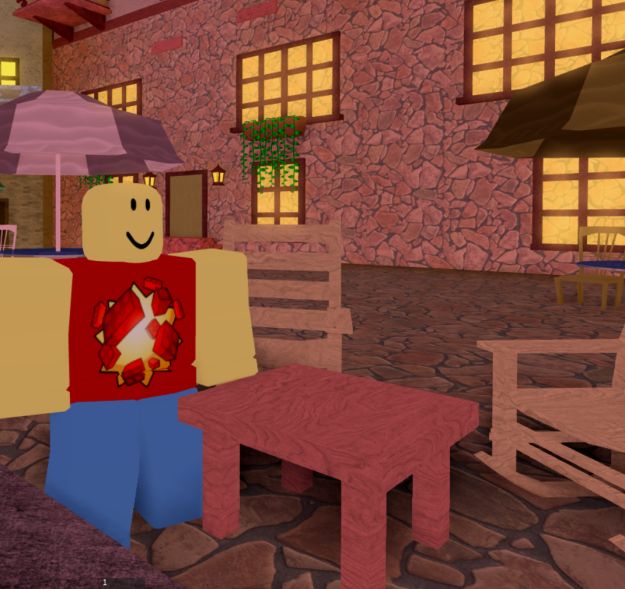 Last up for this blog post on this sub-world in this place are these wooden trusses.

Just never use wooden trusses, there is physically no way for the wood grain to be correct within Roblox when using them. And that is all for this review. I believe this one is a bit on the short-side, but it is still longer than a vast majority of reviews I’ve done in the past. While I’m sure all of you are waiting for a final verdict on the wood grain, stay tuned, I believe I should be finished up with all my reviews in another week or so. Maybe 2 weeks. Honestly, I still haven’t touched 2 of the worlds yet, and world 3 is most likely a 2 parter, so who knows how many reviews I’ll actually end up doing on this one place.