Hello cunning killers of ROBLOX, WoodReviewer here, today it is time for a very special game: Murder Mystery 2 by Nikilis. Somehow, this is only the second time I’ve covered a Murder/GMod game on ROBLOX, with the first being Mad Murderer almost 6 months ago, despite the fact there are litterally dozens of them. Now I have nothing against GMod clones on ROBLOX; that is not the reason I am not covering them. The reason that I haven’t  is that it is surprisingly hard to get good screenshots; the combination of the fairly large map pool and short round length can make it difficult to take, or in some cases retake, screenshots. For example, Twisted Paintball has 10 minute rounds and four maps, so you have time to look around a learn a map during a round and then plenty of time to take the appropriate screenshots during the next round. And you can be fairly sure in three or four rounds the map you want to look at will be back in the rotation.For Murder games it is harder because each round lasts 100 seconds, and the round can easily end in 15-40 seconds. That can mean it can take four or five rounds to learn a map to know where most of the bad wood grain is. In addition, the amount of maps and voting system mean you can not get a map you want for 15-20 rounds in a row, and when you do, the sheriff kills the murderer instantly before you can take screenshots.

But I digress; none of that has anything to do with the wood grain. And unlike my Volt review, this is not stalling post length since there is plenty of bad wood grain to review, such as our old friend Mr. Crate in the main lobby.

By this point posting these crates should be self explanatory, but since some people are new let me explain: The vertical supports on the sides have improper wood grain and should have the grain go up and down. In addition, the diagonal supports should have the some wood grain on the top/bottom that they have on the outward facing side. I believe of my 70 reviews I’ve done, this is the 50th or so time these crates have been featured, so please, use the updated version…

Continuing on in the lobby are these windows that were right behind me in the above screenshot. The issue here was similar to the crates; the vertical pieces of window trim should have vertical wood grain rather than the horizontal wood grain they currently have. The same is true for the fence post.

The actual fence pieces are fine.

Continuing the theme of not understanding how vertical supports work, this billboard

And this roof support both had improper wood grain, with the grain going horizontal rather than vertical. 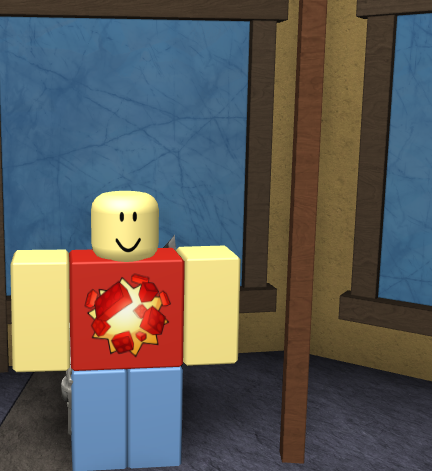 One last issue with the lobby was this roof. Not the planks; those are OK. It is the piece of trim at the end. Normally I like this trim; it can hide the planks if they are off because of CSG or other issues. In this case, however, the trim is bad; the wood grain on the front is fine, but the wood grain on top should have the same direction as the grain as the front.

Continuing in the same area was this TV set with a coffee table. Again, bad vertical wood grain, with bonus bad horizontal wood grain on the piece of wood that connects the two halves of the coffee table.

Near the same area was yet more bad vertical wood grain on these trailing supports. 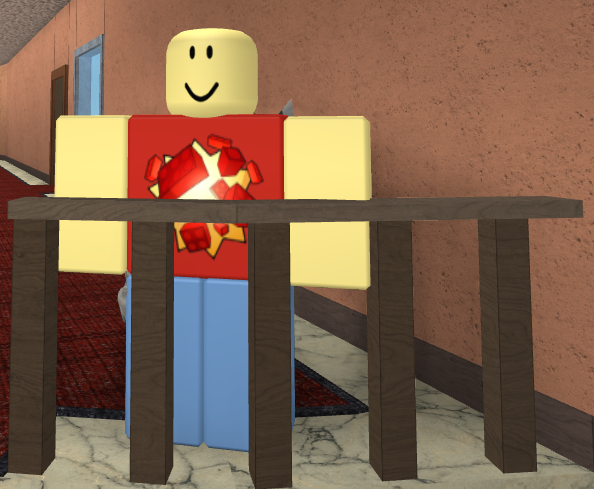 And, yet again, bad vertical wood grain on this door frame.

And for one more bad piece of vertical wood grain, this legs on this bed. By now, it is clear the builder started off with horizontal wood grain and just resized it, which explains why all the vertical pieces are bad but the horizontal pieces are mostly fine. Mostly fine, excluding the sides of the bed and the nightstand.

And these shelves in the closet.

The next map that I will cover is the office map. This is not to say only these two maps had bad wood grain; like I mentioned I saw some others with improper wood grain but when I came time to take screenshots they just were not in the rotation. Lets start off with more improper vertical wood grain, again as a chair.

Another example of improper horizontal grain was this door. Like chairs, the wood grain on doors should be vertical on the sides and front of doors. 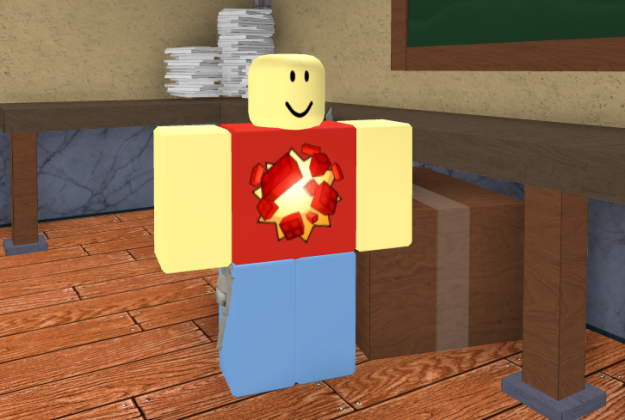 And in one last case of vertical supports, the legs on this chair.

With most of the bad vertical supports done, lets look at more unique issues. This crate is a prefect example. Looking at the front face, the vertical supports on the side are improper. However, there is more; the wood grain on the top of the upper support is improper, as is the grain on the top of the lower support. A more telling issue is the fact the diagonal support has the same wood grain as the vertical supports and the background. What this tells me is either one face, or the entire box, is made from one union. Because of this, it is impossible for all the pieces of have proper wood grain since they need to be oriented in one specific way due to the union. The only fix is to separate the unions into more parts. While this hurts the part count, it helps the wood grain dramatically.

Last up is a small issue that is easy to miss; these picture frames. The wood grain on the main frame should go up and down, and on the back support it should do the same.

So, what did we learn here today. Well, for starters Nikilis’ builders are really, REALLY bad at using proper wood grain on vertical supports. Not even 50/50 on the chance of getting it rotated correct out of pure luck, but 0/100 on some levels were all the vertical wood grain was bad. They made up for it a bit with most of the horizontal pieces of wood being correct, but even then being mostly correct on some things does not make up for being entirely wrong on other things. Overall the wood grain is terrible, and it is a shame that so many XBox users will be exposed to this wood grain as their first experience with wood grain on the XBox One.