Hello fellow GollyGreg haters of Roblox, WoodReviewer here for what should be part 4, and the final part, of my incredibly long review of Mountaineers by GollyGreg, because who else could cause me to create a review with 40+ images and more than 4,500 words than good old Greg. If for some reason you want to see the 3,000+ words worth of reviews from the previous reviews, feel free to check out parts part 1, part 2, and part 3 of this needlessly long review, if for some reason you haven’t done so already. But those reviews are in the past, it is now time for part 3 of this mega review. With all the bad wood grain from the other reviews, I can’t possibly have that much new and unique examples of bad wood grain to show off, right?

Well, maybe. But if the improper wood grain at the entrance to Scrooge’s mansion is anything to go by, there is still plenty more to show before this review ends. 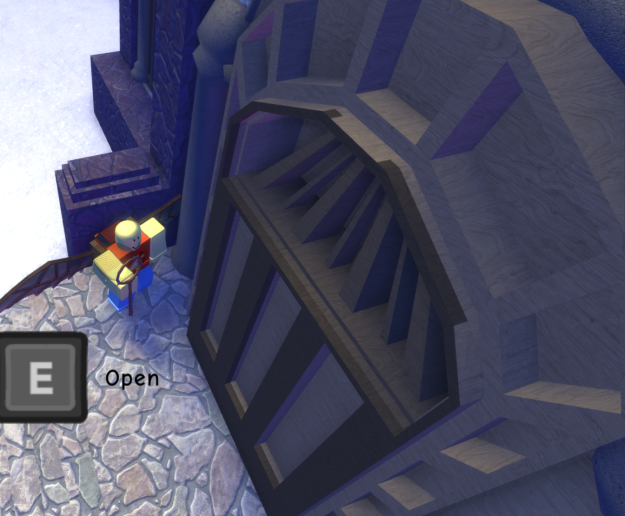 Now one might think that being the final part of the map to beat the game, Scrooge’s mansion would just be a slight footnote on this review, not having much improper wood grain. Unfortunately for GollyGreg, he has no understand of how table or chair legs work, resulting in this perfect example of how not to make table legs. The wood grain on the legs of almost everything should be vertical, not horizontal. Sill, atleast he was consistent on all of the table legs. Not that this is a good thing for the overall review of the game, but that means that I don’t have to restate that the wood grain should be vertical instead of horizontal 50 different times, because no matter how many times it is done it should be fixed the same way. 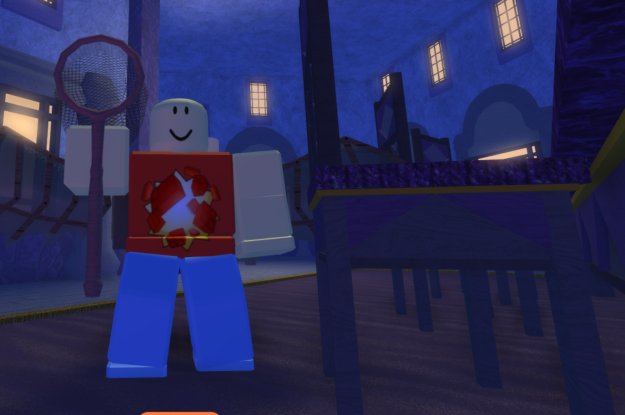 Ditto for this other table that is in a completely different style but still had improper wood grain one one set of faces. Of course, the fact half the faces have improper wood grain while the other half have the correct orientation make the the issues that much obvious, so much so that even a half decent builder should be able to notice any issues. But no one ever accused GollyGreg of being a good builder. 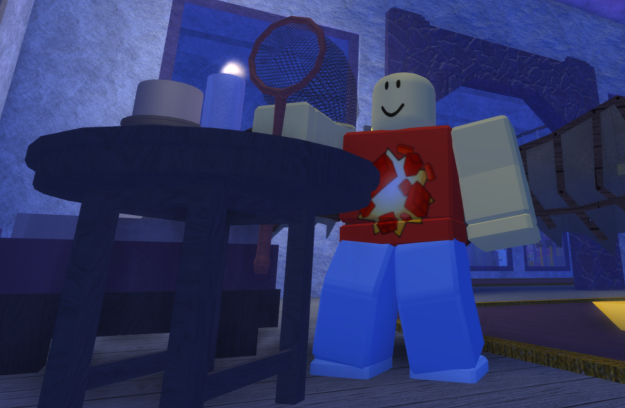 Finishing up this collection of furniture with improper wood grain on their legs is this couch. Now, this couch is one of the reasons that I don’t like the auto-fixing wood grain plugins that people have created to avoid my wrath. You see, vertical would grain should always be used to support vertical loads, such as couch legs. However, these legs are so short compared to their width that an auto-fix plugin would likely orient them in the wrong direction and they then would have to be fixed manually. Based on the fact no other wood grain here is correct, I don’t think a plugin was used, but it is worth mentioning why you shouldn’t solely rely on those plugins. So, that was all of the bad legs in Scrooge’s mansion, so what is left to see? Well, for one the shelves on these bookshelves are incorrect. The top face on the shelf is just fine, with the wood grain going between the two supports, or the sides of the shelves. This is just fine. The issue comes from the front face on the shelves, which has vertical wood grain. This is not only not correct because it is structurally weak, but because it goes against the grain of the top face. GollyGreg committed the same offense when he made the shelves and desktop for this desk. Again, the top face was correct, but the front faces of the entire desk were all vertical. This makes me believe that the desk was likely a union or a mesh, but that it doesn’t really matter which it is. All that matters is that the wood grain is incorrect and I’m not happy with it. 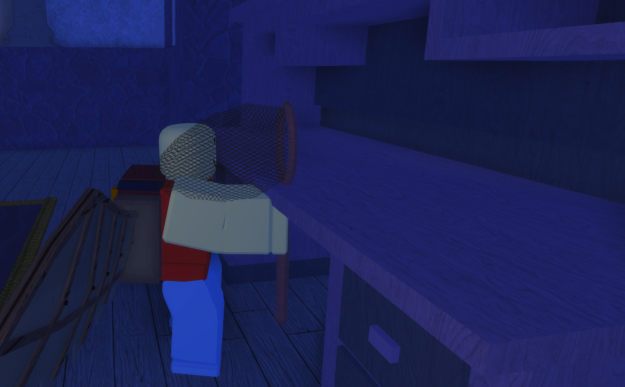 Now, just one more minor not to make here, but the bug catching net that the game gives you also has improper wood grain. For the entire net, including the loop at the top, the wood grain is vertical to the ground as you hold it. Just completely ignoring the fact that this is completely incorrect the the handle of the net itself, the loop around the net should be circular, with the wood bending to form the circle. This is hard to do, of course there is always a perfectly good alternative of just using some other material to make the net instead of using wood. That is always a valid option. 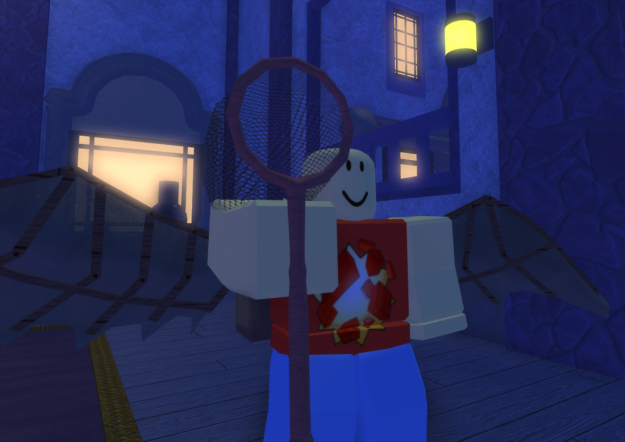 With the net done and the inside of Scrooge’s mansion finished, this review should end here. And honestly, seeing as this is part 4 and as how parts 1-3 were all massive, I have enough material to end it here. But I’ve been waiting for GollyGreg to release a game for 8 years now, so I made sure to inspect every part of the map, and surprisingly there was a decent amount of wood grain hidden throughout unused parts of the map. For starters, remember the gliding platform from part one of the review? It makes a return near Scrooge’s mansion, with all of the improper wood grain that it had at the bottom of the mountain. 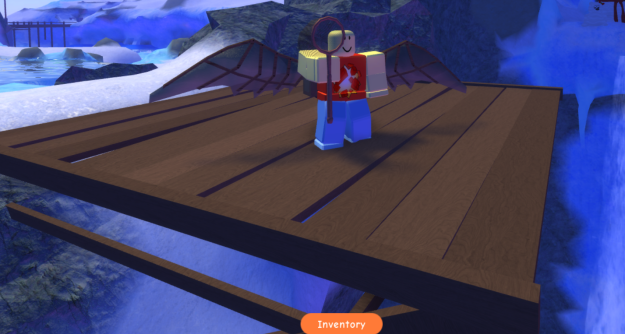 So, with the game over, what other parts of the map are there to review? The first, and biggest, structure after Scrooge’s mansion is the unused ski lodge. It is surprisingly furnished for an unused part of the map, and these furnishings including the fact it has an entire interior to it, not just a shell of a building. However, these furnishings also let down the game, such as the support pillars inside. They are vertical pillars, yet they have horizontal wood grain. By this point in this review, you should know this is bad without me explaining why. Next up inside the ski lodge was this overly-decorated snack area. Like even if this was used, compared to most Roblox games, it is overly decorated. However, with more detail comes the possibility for more incorrect wood grain. In the case for this snack area, it came from the elevated platform that the snacks were on. Like most issues with wooden planks, it comes from the gaps in the planks not lining up with each other. In this case, the front face should have vertical wood grain so that the gaps match the gaps in the planks on the top face. A simple issue to fix, but a very obvious one (to me atleast.) 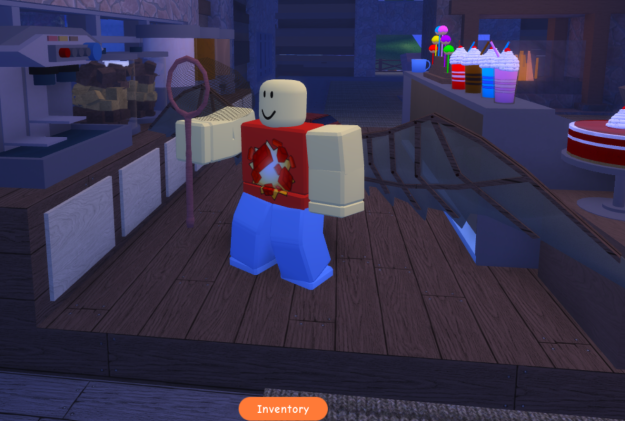 That was all the issues on the inside of the lodge, but on the outside there was one more issue. I am aware that Quenty did some work on this game, and while I’m not sure what he did exactly, I’m fairly certain that if nothing else he made this crate. Because making crates with bad wood grain is kind of his thing. I’m not sure why this crate specifically had bad wood grain, since all the other crates in the map had a metal frame to avoid this issue, but what can I say; bad wood grain finds a way for some reason. 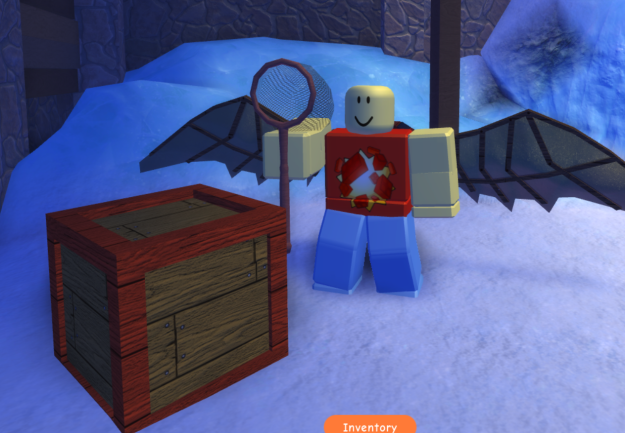 Leaving the ski lodge, the next area I found was this secret tunnel area that had robots performing metallurgy with flame throwers. Yes, I know, even for me that sentence sounds outlandish, but I have the screenshot to back it up. As unsafe as having robots perform metallurgy with flamethrowers inside of a cave made out of ice is, it is even less safe when the platform they are performing it out is made out of wood, because wood is flammable. It gets even unsafer, though, as the platforms the robots are standing on are made out of improper wood grain, being miniature version of the gliding platforms from earlier. Of course if you even get to the point where having robots performing metallurgy with a flamethrower inside an ice cave while standing on a wooden platform seems like a good idea, you probably aren’t in the state of mind to care about the wood grain of said wooden platform. 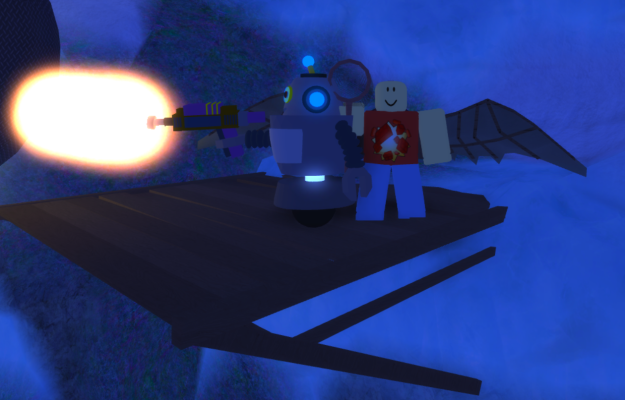 Still, whoever made those robots was probably sill in a better state of mind than the person that made this mine cart tracks that crash into a stone while on mine cart tracks made entirely made of wood. The odd thing is, that despite the fact mine cart tracks should never be made entirely out of wood, they do have proper wood grain, so that is a something atleast. The owner of these tracks doesn’t have to worry about them collapsing due to bad wood grain, just due to the fact the wooden rails will wear out in like a week due to wood being bad at supporting mine cart wheels or from all the carts that go over them crashing into a stone wall at the end of the tracks. 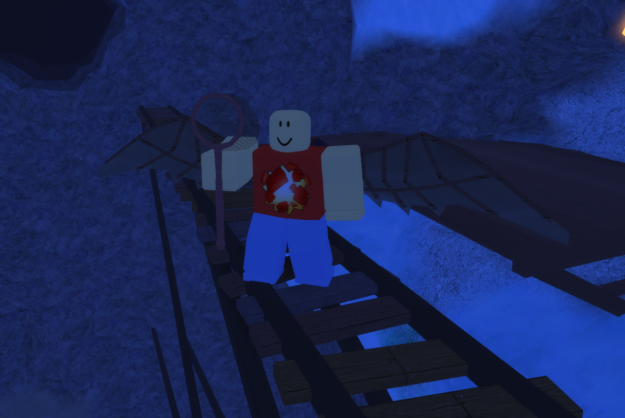 And with those tracks being out of the way, we come to the final piece of bad wood grain in the map: the grandstands on an abandoned ice soccer field. No, I am not sure why the game has a random completely unused and almost inaccessible ice soccer field hidden at the top of a mountain, but it does. And the wood grain on the stands is bad. As I mentioned earlier, the main issue with wooden planks is that the gaps in the wood on the top and side faces do not match up, and that is exactly what happens here. The gaps don’t line up. 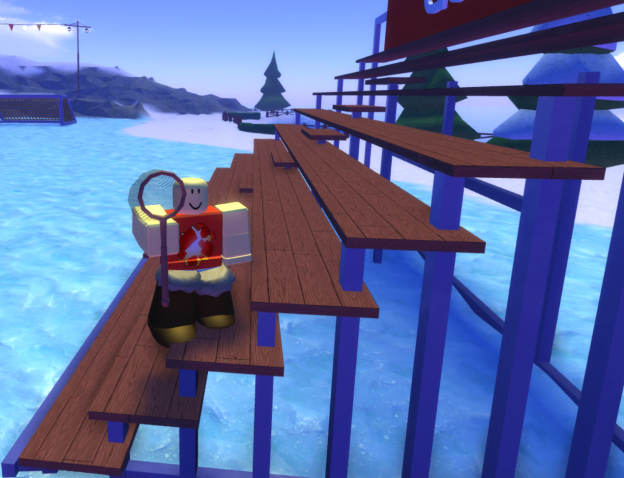 And with that, this review is over. I know, not the most grand way to end a review, looking at where people put their butts, but it was the last part of the game that needed to be scene. So, how was the game? Between the 50 images I have of it, the fact that I had to spread this review over 4 different blog posts, and that this individual post is more than 400 words longer than any individual blost post I’ve made before, with the total word count for all 4 of them being well north of 5,000 words in total, it is not good. And if you want a good example of why it is not good, just take a look at this one final screenshot. 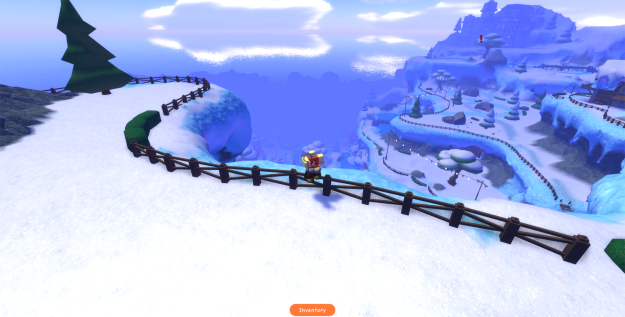 And 2017, since that is when I started this review.