Hello Meadows Ranch team, WoodReviewer again. Sorry if my pestering of you is getting a little annoying, but the bad wood grain in your game is equally annoying. For those of you who just showed up and are confused, Meadows Ranch is a horse simulation game where you shovel poop in order to get horses in order to ride said horses. This is my third review on it. The first was an early alpha build where I pointed out bad wood grain for the developers to fix before the final release, and the second was one where I checked on the complaints from my first review and complained about them not being fix. However, because my first review was done in the pre-alpha more content, mainly horse trails, was added that I did not go over in my last review. So that is what I am focusing on for this review.

The first map I looked at was Forest Glenn. It did not have much wrong, the only issue was the bark on the trees. Some sides had vertical wood grain; others horizontal. For trees made with wood grain as bark, all sides should have the texture going the same direction, either vertical or horizontal. That was not the case here, and seeing as there were a few hundred trees in the level it is probably a time consuming mistake to make.

The next map I looked at was Canyon Heights. Luckily, I had already reviewed Canyon Heights while it was featured on Quenty’s profile. I did not review it because of Meadows Ranch, but just because I felt like annoying Quenty. It had a similar issues with the trees as did Forest Glenn right near spawn.

This is why you fix assets before reusing them

Onto the rest of the map, most of the wood grain had been fixed since by first visits. For example, this fence had improper wood grain. But only this segment of fence. The rest of the segments around it were fixed, as were the posts, meaning Quenty does know how wood grain works, he just missed a spot. 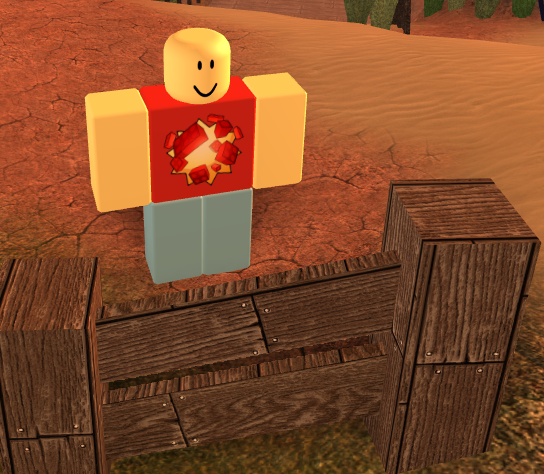 Moving onto the last trail, Mountain Springs, things start to get bad. For starters, the Tree of Indecisive Wooditude made a return, adding several more hundred trees that need to be fixed because of bad wood grain. Next up was a campsite that featured this hut. Long time readers may recognize it from my blog series on Endorsed Models, in which I not only reviewed it, but uploaded a fixed version to be used. Granted it only takes a minute to fix it itself, but there is no reason for a version of the shed with improper wood grain to be used at all.

Next were issues involving wooden posts. All of these posts should have vertical wood grain, that goes from the bottom of the post by the ground to the top, but instead had horizontal wood grain. This horse tie up is a perfect example. 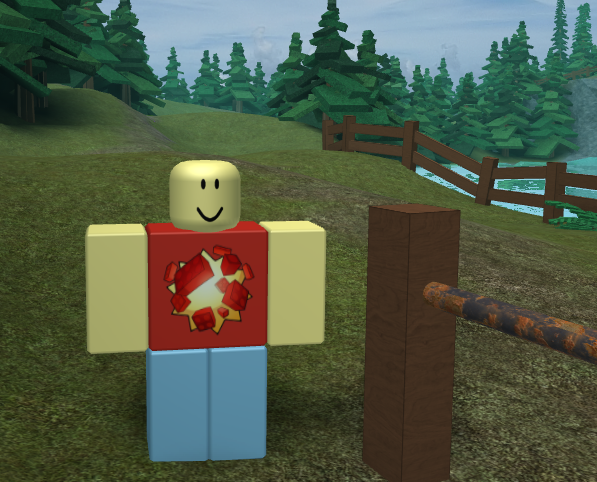 And behind it the same could be said about the fence. 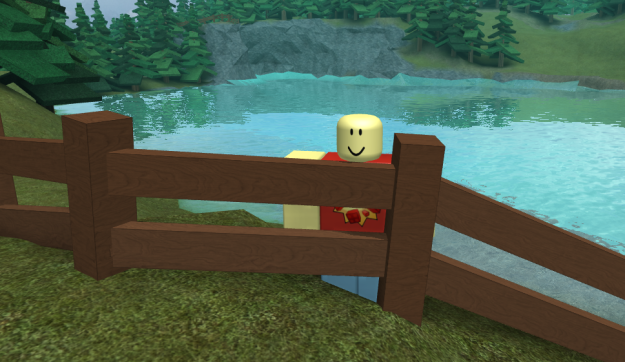 However, unlike Desert Canyon, this was not confined to a few posts. All the posts for all the fences had the improper wood grain.

This is of course a large issue seeing as the fences are there to prevent horses from falling into the water on trails near cliffs. With such bad wood grain, horses could easily hit them and cause the fence, and the horse to fall into the water.

So, how was the wood grain? Bad. I know even though the game has launched officially now the move is from polishing the existing content to adding more content, but I do hope they go back and fix previous problems with the wood grain that have existed since the early pre-alpha stages of the game development. And if nothing else, I hope the game developers see what is wrong with the existing wood grain and fix it for the future additions to the game.